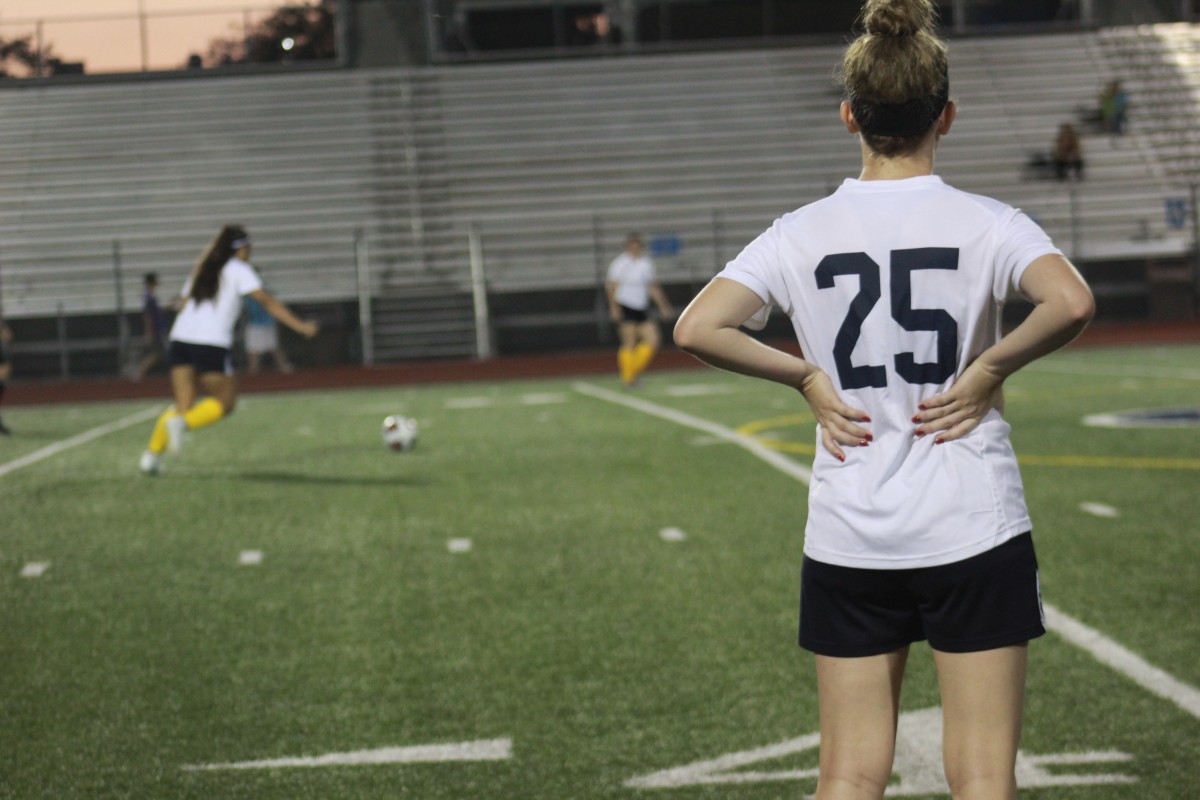 The Naples High JV soccer team played against the Golden Gate High School JV soccer team and won 2-0. The girls set the pace from the first whistle and played a very rough and well-fought game.

Goals were scored by strikers Katelynn Corral and Alison Baquedano during the first half of the game. The girls held Golden Gate off for the entire second half and ended strong.

After having their last two games cancelled, the girls practiced long and hard for their second game of the season. Coach Parlier, the new JV coach, was happy with the win and with the way the girls played, but thought they had room for improvement.

“The first half was a little wonky,” Parlier said. “The second half, we started playing a little bit better and as a team.”

The team was also happy with their first win of the season.

“I mean, it feels great,” team captain Ricki Robinson stated. “We had a few close calls, but we played really well together and pulled it off.”

Despite their first win, Parlier and the girls both thought they had many things to work on.

“We really need to work on our angles,” Parlier explained. “We have to focus more on controlling the ball and getting those clean passes to each other.”

Altogether, the girls had a solid game and a great first win to the season.

March is for athletic trainers