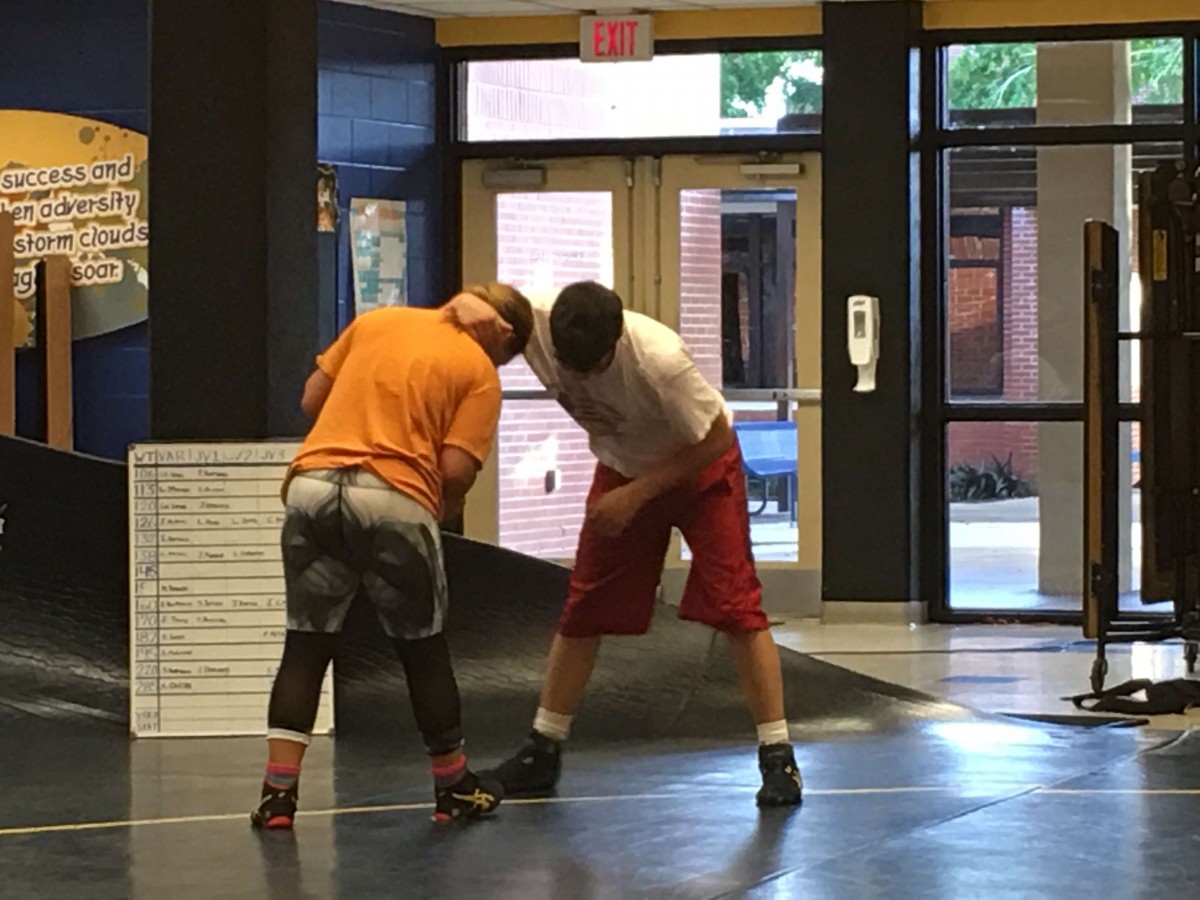 Naples High School wrestling is gearing up for the upcoming season with Coach Luke Garcia resuming the position of head coach.

Garcia has been the head coach of the Naples wrestling team since 2004, and is accompanied by Head Assistant Coaches Jeff Wesson and Chris Bettridge.

As incoming freshmen join the wrestling team, they will have to get used to Garcia’s rules.

Garcia pushes his team to strive for their very best. Prior to their first tournament, players feel that they are well prepared.

“He will train us to do our best for the tournament,”  Rodriguez said. “He always wants us to work hard and do our best.”

With varsity and junior varsity teams still undecided, everyone will have to work hard to get their spots on the varsity team.

This upcoming season for the varsity wrestling team will start this weekend at the Somerset Duals tournament.