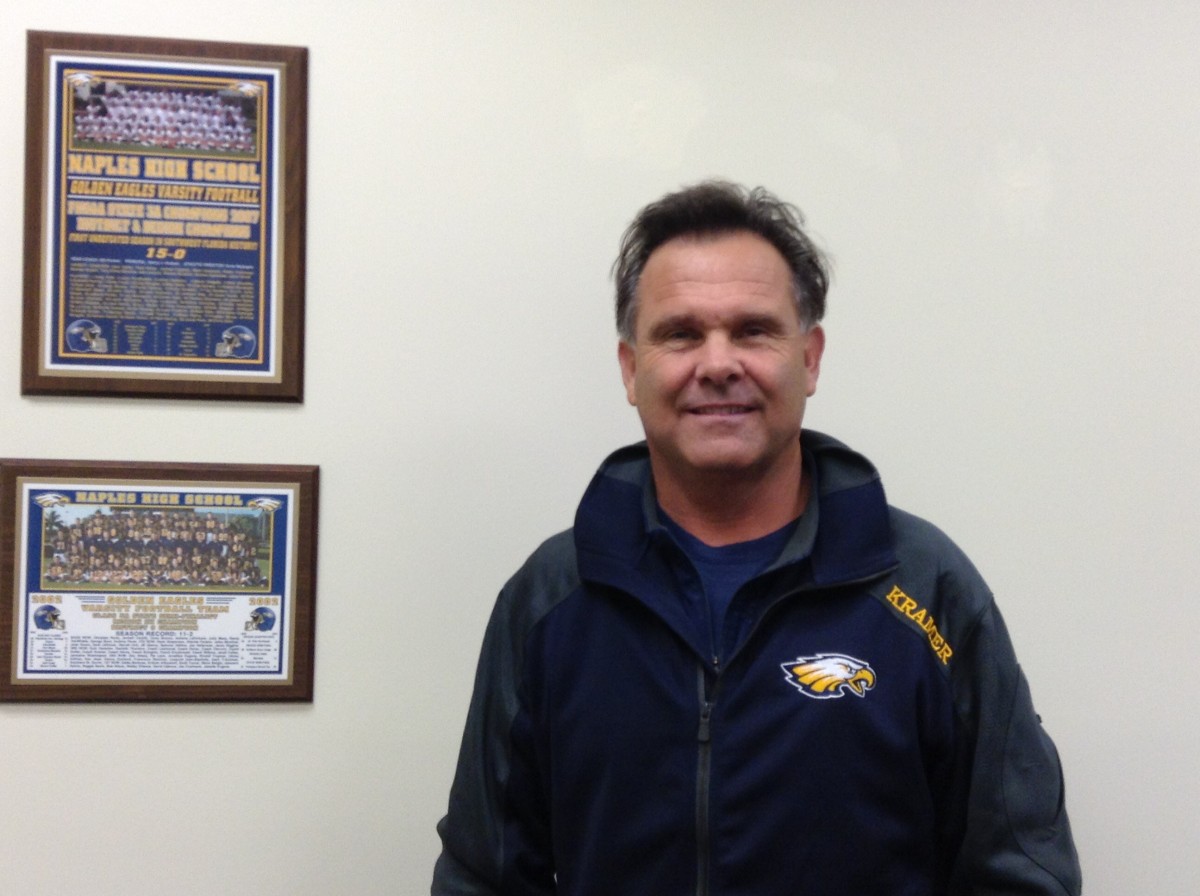 In order to be eligible for this award, a candidate needs to have served a minimum of 20 years of service in the coaching profession, and/or participation in Florida Athletic Coaches Association (FACA). Standards for the selection of this award are based on coaching records and championships won.

“I was surprised I was qualified or nominated for it. I never thought I would ever be in any hall of fame.” Kramer stated, “All in all, I look at it as a group award, shared with the players I have been so fortunate to coach.”

In 1998, Kramer became the head football coach at Naples High School. Kramer is a graduate of Liberty University and majored in health and physical education. In past years, Kramer has received several awards such as, The State Farm Good Neighbor Coaches Sportsmanship Award, The National Sports Achievement Award, and The Collier County Bar Association Educator of the Year Award.

Even though he has won several notable awards, when asked what his proudest moment was Kramer responded, “My proudest moments are when I see former players who are now successful fathers and husbands.”

Theatre class will prove to be a new production