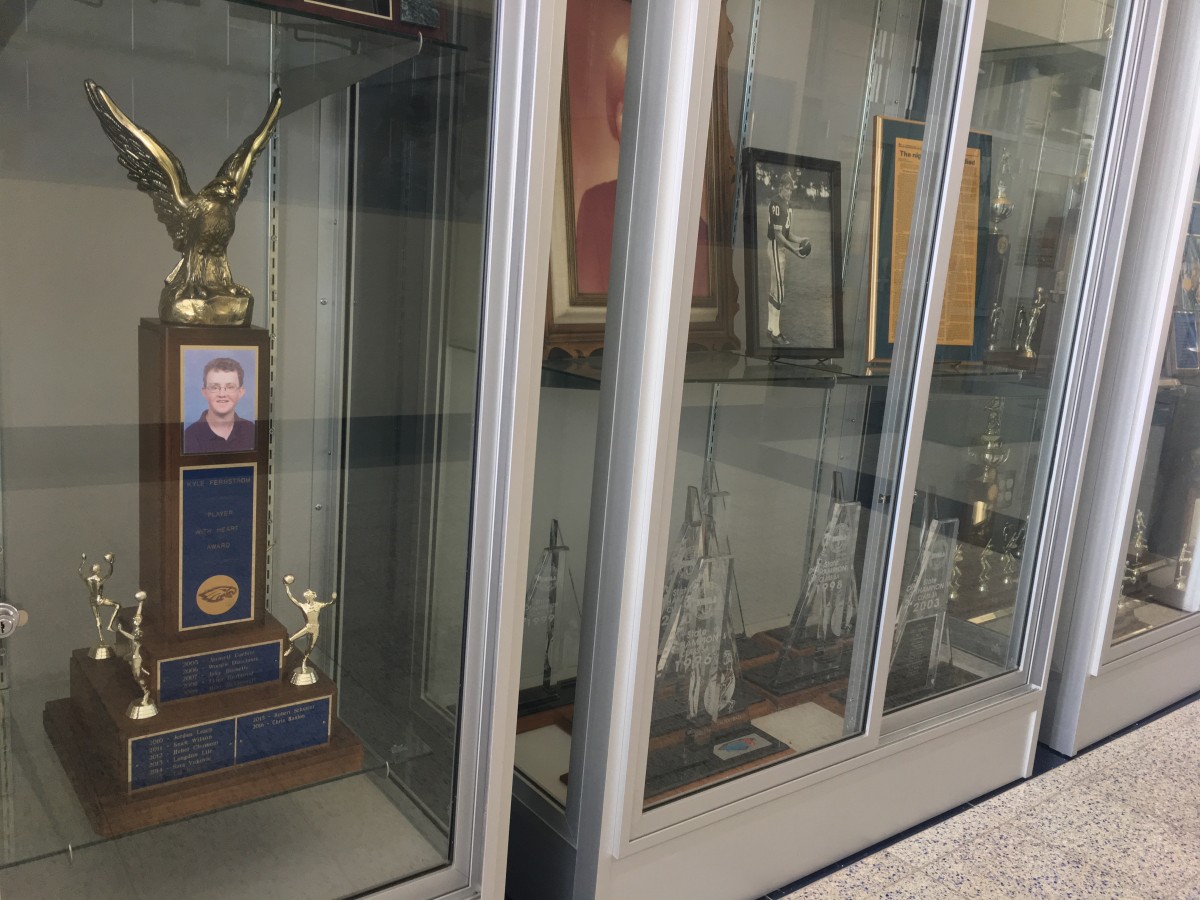 The Red Out game, a yearly basketball event at Naples High School was held earlier last month on Jan. 12. This game holds more importance than just the points on the scoreboard.

This past Red Out game marked the sixth consecutive year of the event, which is a charity game held by Naples High School to raise money for the American Heart Association. The Red Out tradition started 6 years ago following the passing of Naples High School student and boy’s varsity basketball manager, Kyle Fernstrom.

Fernstrom passed in his high school years due to congenital heart disease. The tradition was started by his mother, Shelley Church, who is an avid supporter of the Naples High Basketball program.

In preparation for the game Naples High School basketball players sold “American Heart Association” T-shirts. The team sold three-hundred shirts for $5 a piece, raking in $1,500 which was donated to the AHA.

Along with the tradition of the Red Out game is the “Player with Heart Award” which is annually given to one player on the entire team. The trophy stands around three to four feet tall, is adorned with a golden eagle, and a photograph of Fernstrom.

“It’s given every year to one of the basketball players and it doesn’t have to be the best player, it’s the kid that gives everything he’s got, works hard everyday, never complains, supports his teammates. You know, what you’d expect from someone who has a big heart”, stated Coach Eaton.

This year’s winner will be announced on awards night, the recipient will have their name engraved on a metal plate which is placed on the base of the trophy, but they don’t get the trophy, it remains to be kept on display in the Naples High School Hall of Fame.

On your mark, get set, go: Track season coming up.