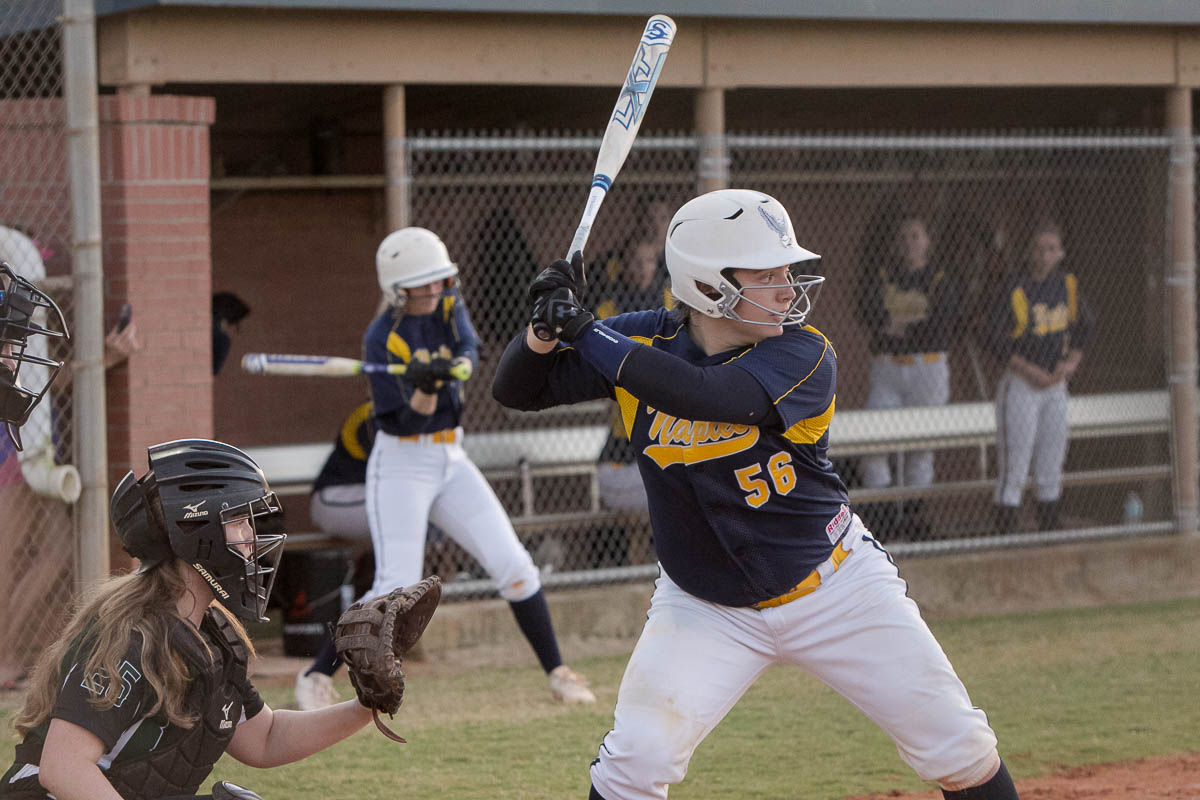 For the past four years there has been a continuous change in coaches for the Naples High softball team.

Currently Carly Jacobs and Brian Hunt are working together to coach in their inaugural season to bring the Naples softball team to victory.

“I expect them to be focused,” Hunt stated. “I expect to get the best they can give.”

Hunt has coached in New York for twenty years, and had been in an administration roll as well. Hunt decided to move to Florida last year and has now taken up the roll of head softball coach. Though he is a new coach he has already come to develop a strong bond with the team.

Jacobs has been teaching for 5 years, three of which were in Jacksonville where she also coached their softball and basketball teams. She is now at Naples High School where she teaches math and is the assistant coach for the softball team.

“The goal is just to do our best, beat the teams that we can beat,” Jacobs stated. “(We) just do our best everyday.”

The squad has a team dinner night at one of the player’s houses right before a game. They laugh and have fun, but once the game starts it’s all strictly business.

“We all respect each other,” junior Savanna Jackson stated. “We all show each other that we care.”

The team has won four games so far, and has a 4-6 record on the season. The girls will look to improve on their overall record as they face Gulf Coast High School Tuesday, Apr. 3.

“It has been a big change from last year,” team captain Ashlee Lykins stated. “We’re still getting a lot better.”