NHS Talon Tribune
Home Features A blast from the past: The top of the class of 2017 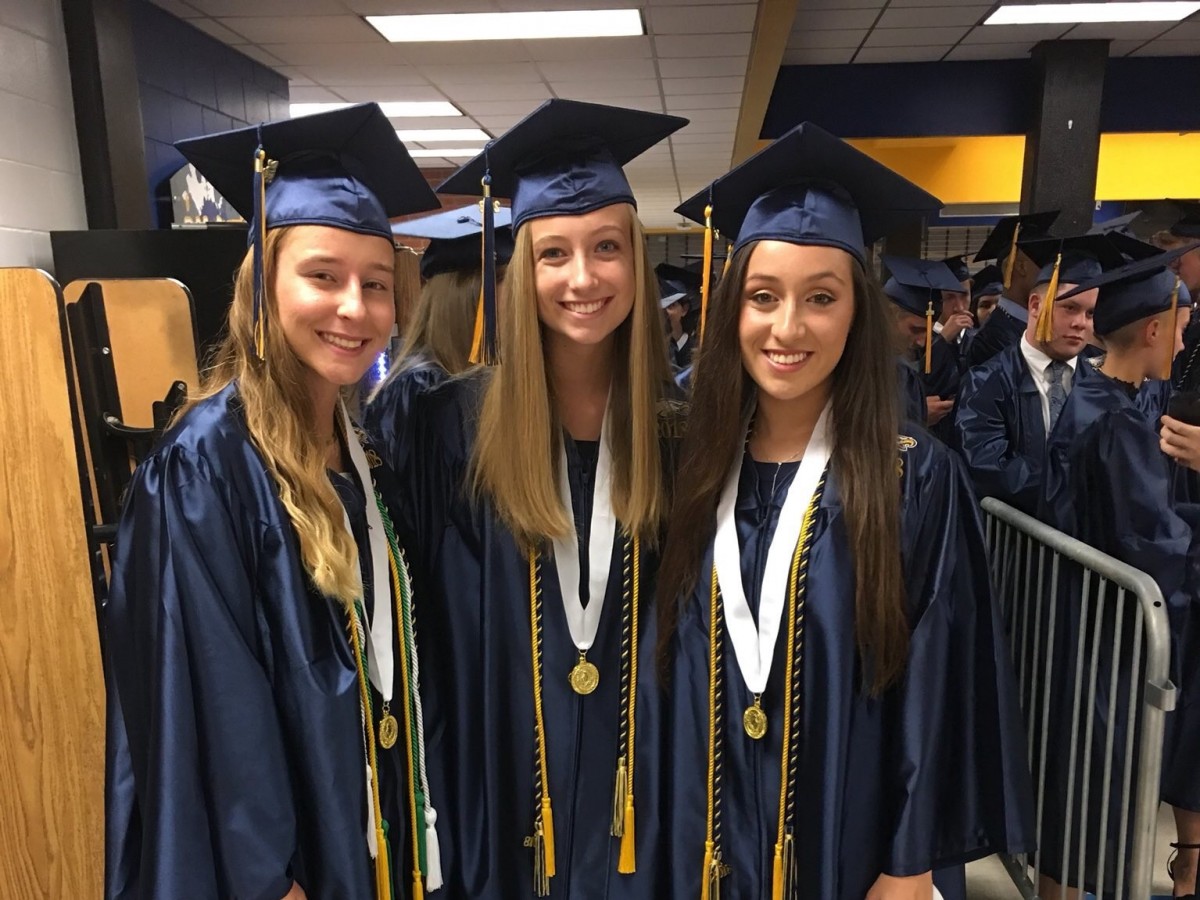 Naples High School is the oldest high school in Naples, FL, producing a number of bright individuals and alumni throughout the years. Most recently and notably of these being Madison Szittai, Emily Hugan, and Brianna Garcia.

These ladies graduated at the head of their class of 380 as Valedictorian and dual Salutatorians, respectively. While none of these girls planned on being in the top of their class, their hard work and efforts left a lasting impact on the NHS community.

The 2018 NHS Valedictorian, Madison Szittai, now attends Brown University and is studying to be a design engineer. As of now, Szittai does not have any plans for after college.

“I know I want a job where I can be creative and make things,” Szittai said.

When asked if she had planned on being Valedictorian, she revealed that she wasn’t even informed until the day of graduation practice. She mentioned that during her high school career it was never her goal to be Valedictorian, but to get good grades.

“It’s better to develop genuine interest in something than to waste time in activities you don’t care about,” Szittai said.

Madison’s advice for high school students is to take elective courses and join clubs that interest them.

Hugan is still undecided on what she is going to be majoring in, but knows for certain that she will be doing something to alleviate humans’ impact on the environment.

When in Naples, Emily spends her afternoons volunteering at the Conservancy helping wash off oil from endangered birds. She believes that humans can come together again and take steps to fix the climate before it’s too late.

Hugan states that she never intended on being Salutatorian or Valedictorian. During her junior year she realized that she was in the top of her class, and due to her natural competitive spirit, she worked to maintain that position.

Although she worked hard, she never sacrificed friendships or her mental health for a title and says that she holds some of her other accomplishments at NHS to a higher regard than becoming Salutatorian.

Emily said it was the relationships she forged with her teachers that she misses most about NHS, pointing out Mr. Stewart, Mr. Laderer, and Coach Saunders.

Her advice for NHS students trying to make their way to the top of their class is to not take themselves so seriously. Having fun and following interests can be more rewarding than a title.

“Let it be that you spend your time making the electric skateboard you always wanted to, or start drawing flowers and sunsets for no other reason than you believe they are beautiful.” Hugan said.

Naples High’s second Salutatorian, Brianna Garcia, is now playing soccer at George Washington University after being recruited during her sophomore year. She is currently majoring in biology and plans to apply to dental school. Garcia hopes to move back to Florida after dental school to work alongside her father as a dentist.

Brianna says she never intended on being high school Salutatorian, she simply wanted to do her best in school. Garcia’s definition of best was nothing less than an A in every class, and to be in the top 10% because she knew she was capable of doing this.

“Being Salutatorian was just the cherry on top of the cake for me,” Garcia said.

Brianna was also very involved in SGA since her freshman year and says she misses the friends she made there the most. She says that while high school can be difficult, when students look back, they really do miss the time spent with friends.

Her advice for students is to try their hardest in class, she states how high school is the foundation for college and it is beneficial to leave with a steady base.

“In high school it’s easy to go along with the motions and not really get involved or push yourself in class,” Garcia said. “What I suggest is to really push your limits, get involved and really try to understand what you learn.”

How students express themselves through clothing

Spring bloom brings up the pollen count in Naples