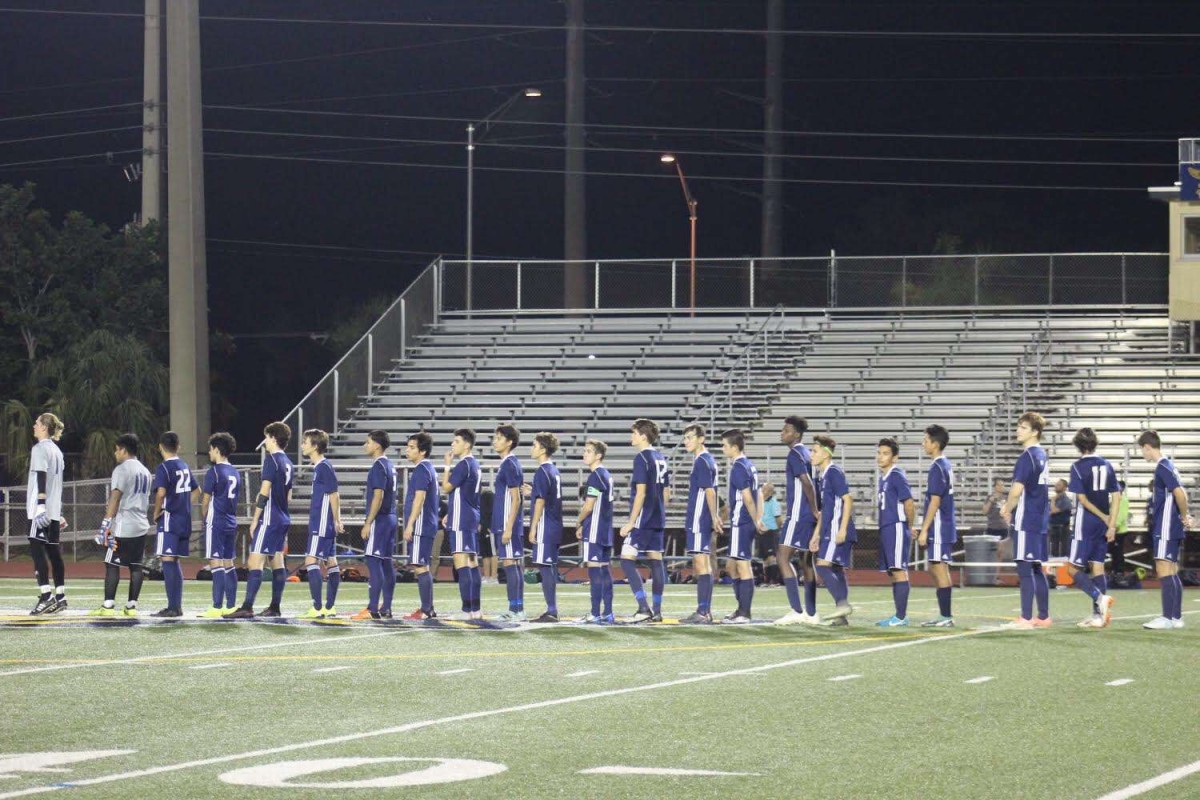 The Naples High boys soccer team has started off the season right by staying undefeated.

The boys took on Lely Nov. 29 in a big district game and brought home a win.

“We have some new players this season and we’re working them into our play style,” senior Aaron Dunn explained. “Put balls into the back of the net and playing the long ball down the side of the field.”

With the team racking up wins, senior Nick Lamb talked about how the team has conditioned in preparation for the season.

“We’ve been doing a lot of cardio to get in shape for the season,” Lamb said. “Also a lot of simple touches and passing drills working on our first touch.”

Senior captain Jack Bole is looking for an even better season than their regular season last year.

“I am feeling very confident for the new season,” Bole stated. “We are looking for revenge from last year as we had a very good regular season but failed to make an impact in the playoffs.”

Naples boys have started the season on the right track and look to make a big impact in the playoffs later on in the year.