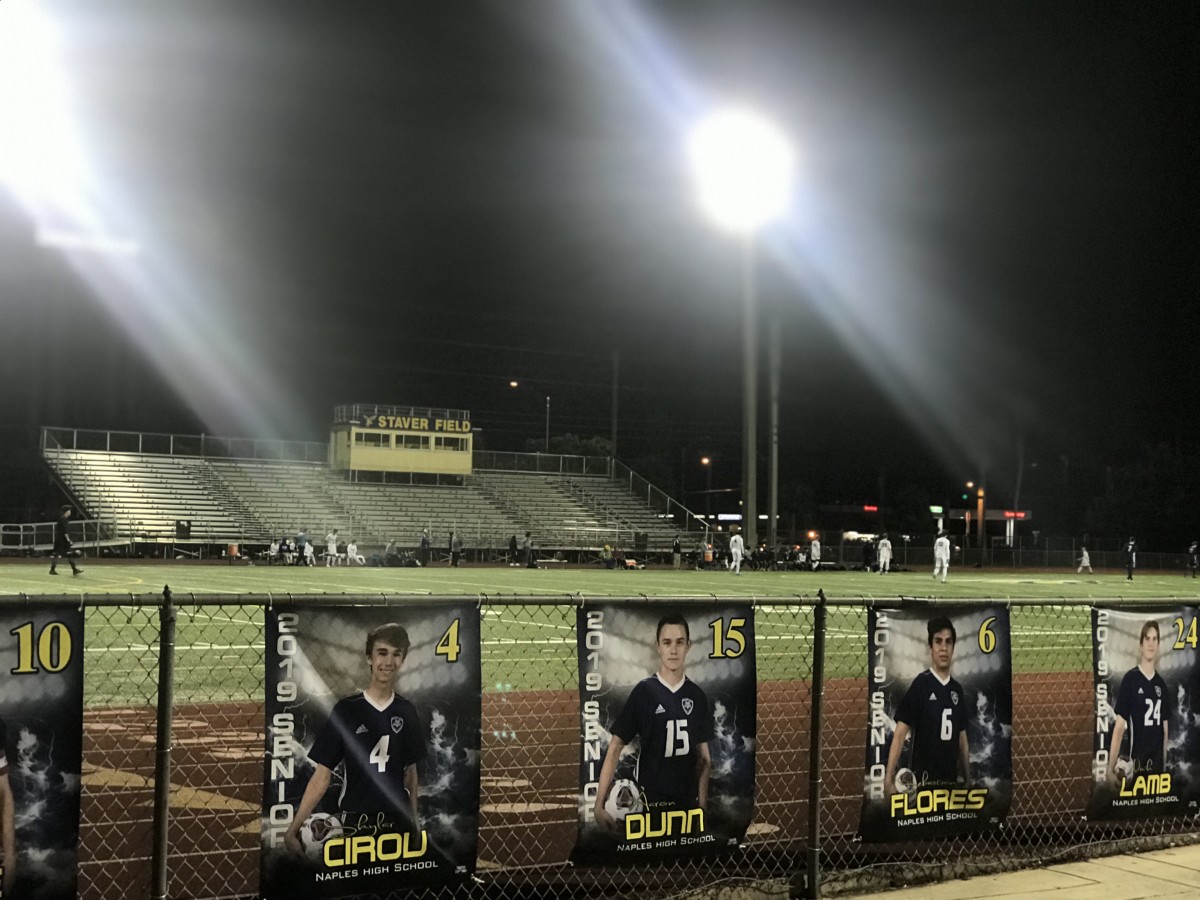 The Naples High School boys’ varsity soccer team honored their eight seniors on the field after their home game on Dec. 11.

“Over the past 4 years, the key to winning is playing with passion, and to play every game like if it was a championship game,” team captain Bryan Ortega said.

The boys varsity soccer team is ranked first in the Collier district.

“This season has proved that it takes more than a team team to win games, it takes a family to win championships,” senior Jack Bole said.

Their tight knit team mindset might just be one of the reasons the boys are doing so well this season.

“Having a good mentality before and after a game is an important factor to winning,” senior Denilson Barrientos stated.

The eight dedicated members have mixed feelings regarding the ending of this year’s season.

“It’s bitter-sweet, I’m definitely going to miss all my teammates, but I wish the best for all of them after the year ends,” senior Nick Lamb said.

The varsity boys continue to work their way to the championships, and are ranked twenty-fifth nationally.

A look at the NHS boys basketball season so far