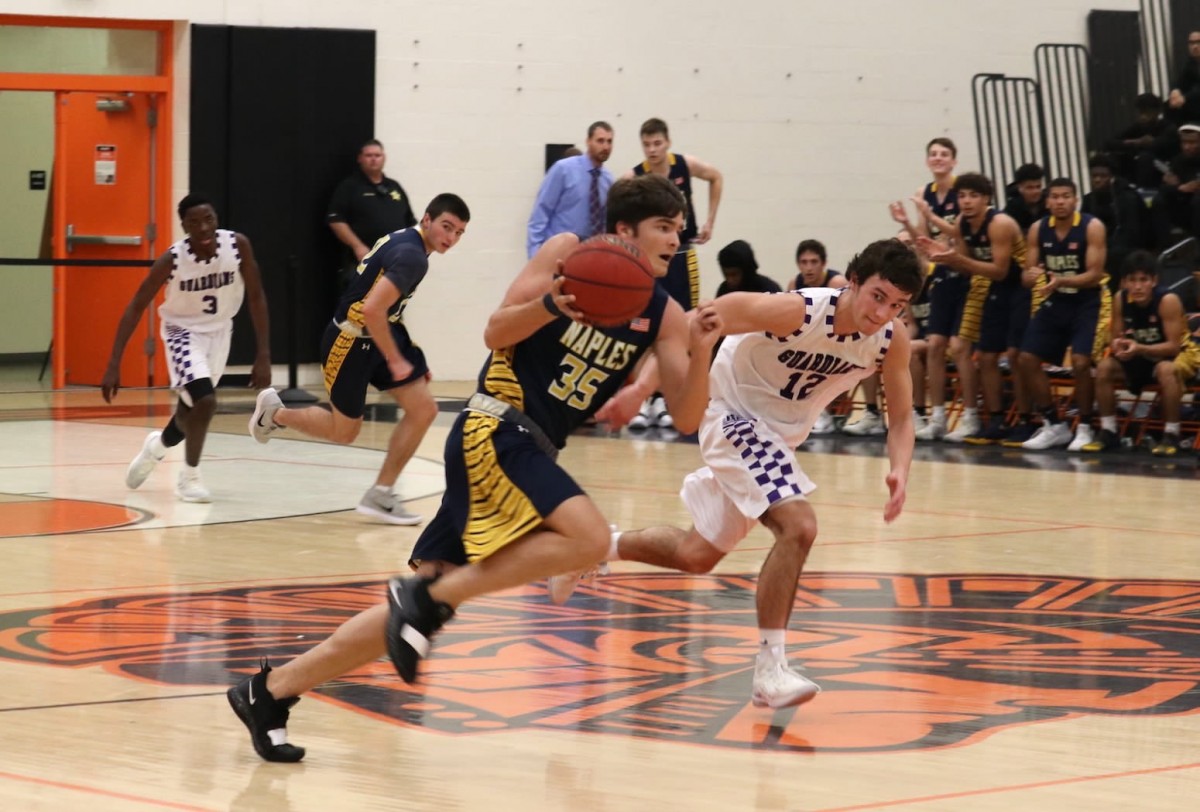 The boys basketball team will soon be starting the district basketball tournament come Feb. 12 against Barron Collier. If that game is won, Naples will face the winner of Palmetto Ridge and Golden Gate.

Naples has competed with a tough schedule this year, facing teams yielding from Orlando (FL) and Massachusetts. Games like these should help the team prepare for the competitiveness and longevity of postseason play.

In addition to a difficult schedule, head coach Garrett Hull has also prepared the team in other ways.

“We break down film and hit the weight room which gives us the advantage over many other teams we play,” senior Jon Alzamora said.

Also, Naples has experience on their side, having won the past two district championships.

“I believe that winning is contagious,” Coach Hull said. “Naples previous two-peat will have an effect on district play.”

Naples heads into the last two games of the regular season next week with games against Estero and Riverdale.

Although no more district games will occur until the district tournament, which starts Feb. 12th, these games will also further preparation for the team.

“I believe that staying healthy both mentally and physically are key components in making a state playoff run,” Hull said.