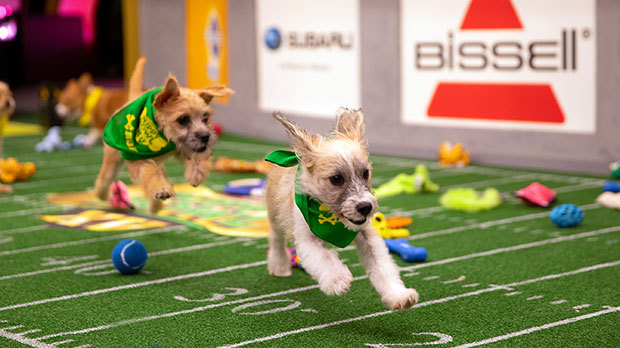 For everyone who wasn’t into watching the real Super Bowl, don’t worry, Animal Planet has a great alternative.

All the dogs from the show were able to be adopted.

“I think it’s great that they use all shelter dogs that can be adopted. It really helps bring awareness to them and all the other dogs that need homes,” senior Carole Ann Desormeau said.

The Puppy Bowl had two teams, Team Ruff and Team Fluff, who competed for the title of Puppy Bowl Champion.

The puppies played their own game of football on a mini field and a score of touchdowns was even kept.

“This year I definitely preferred to watch the Puppy Bowl instead of the Super Bowl because the game wasn’t as great this year,” junior John Davies said.

Not only does the Puppy Bowl allow all shelter dogs to compete, but also they allow special needs dogs.

They had dogs ranging from hearing impaired and blind to three-legged dogs.

The dogs get to have a fun time, play with other puppies and viewers get to watch an entertaining show.

“It’s just a bunch of dogs running around and playing on tv and nothing is really better than that,” senior Jake Pegurri said.

So for the viewers who are not into the Super Bowl, they can still watch a football game…just one with puppies.

Athletes of the Month (Golf): Eliza Kodak and Sam Kodak