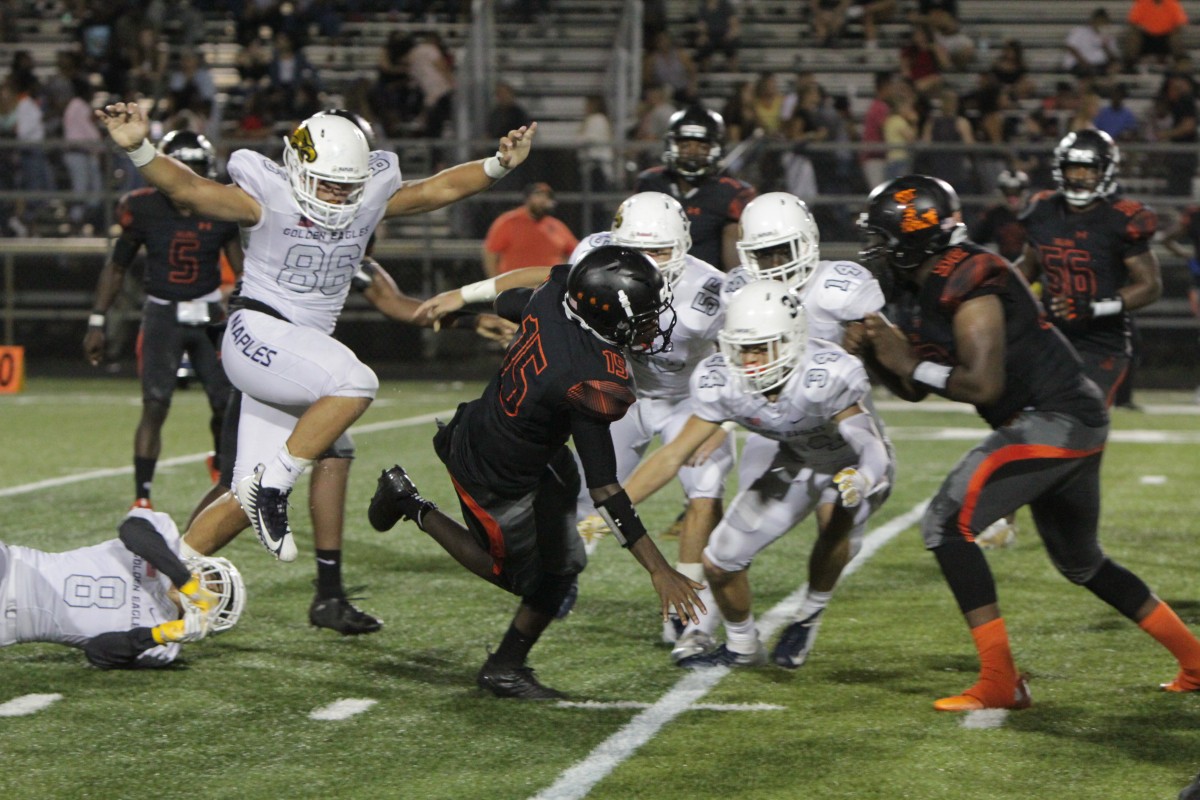 Before there were eight public high schools in Collier County, there were two rivals: Naples High School and Lely High School. For decades, the Coconut Bowl has been a rivalry game that many Naples citizens anticipate each year.

The Eagles will have home field advantage for this year’s Coconut Bowl. Naples will look to continue their reign Friday night as kickoff is set for 7:30 p.m.

The win-loss record stands at Naples 30 – Lely 15, and it’s been nine years in a row of Naples wins since Lely last took the nut in 2009.

Naples coach Bill Kramer is looking forward at this point in the season for the boys to improve on eliminating mental errors and making plays in smaller areas.

“We are playing with an attitude of gratitude,” coach Bill Kramer said. “Not many athletes get to play in games this rich in tradition and this significant for the season.”

To play as a golden eagle, middle linebacker Michael Moriarty decided to out of zone from LHS to NHS. He mentioned looking forward to playing with his teammates that he’s been playing with since he was five years old, and that he couldn’t imagine playing football anywhere else.

“I’m looking forward to hitting kids and showing them that even though they’re better than last year, they don’t have a chance,” junior Moriarty said.

Junior Kara Colon has been a student athlete trainer since freshman year, helping to provide water, tape for turf burns, and cramp cream for the boys. She mentioned she’s looking forward to the Coconut Bowl because it’s always a great turnout.

“I’m excited for us to beat Lely, they’ve been talking so much smack,” said junior Colon.

All golden eagles interviewed hope to take home the nut for the tenth year in a row.