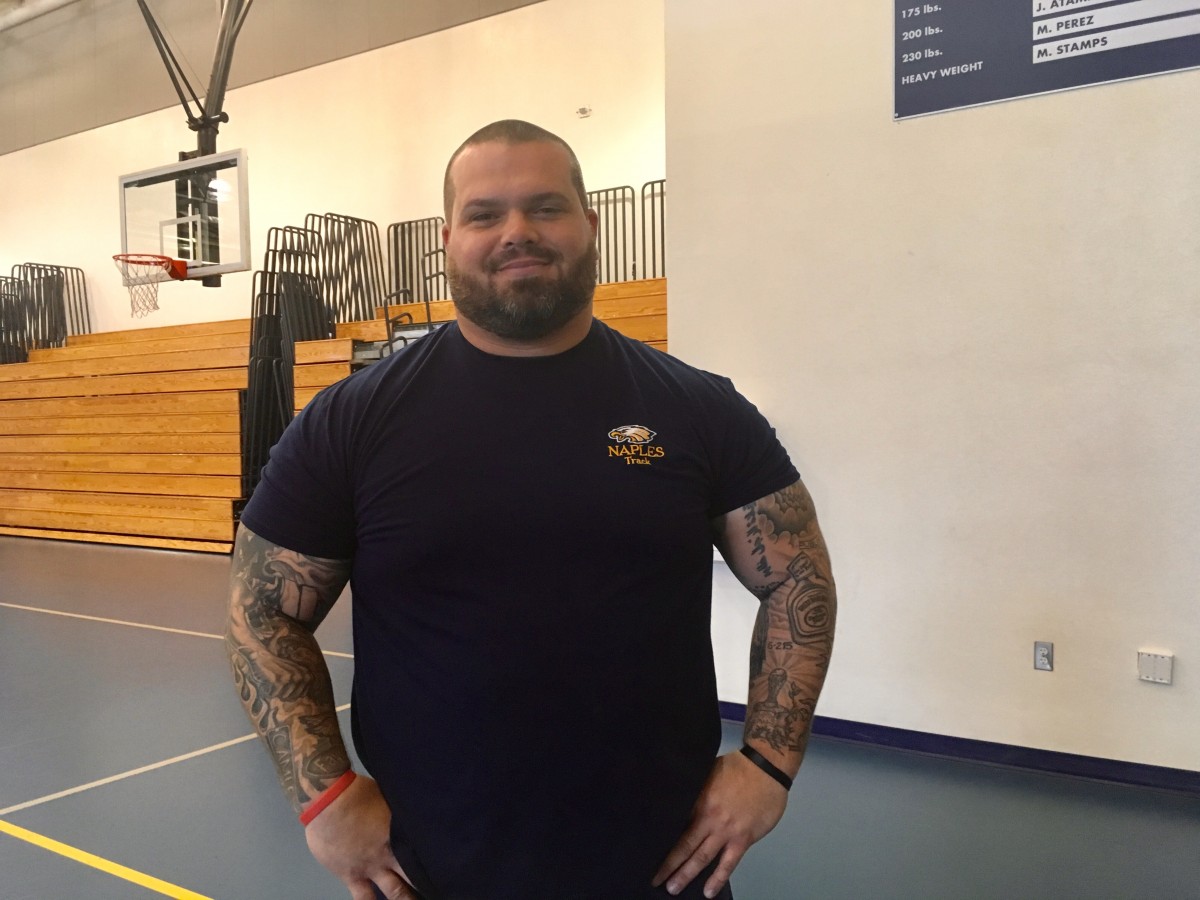 It was just announced that Rick Martin will be the new NHS football head coach.

Previous head coach, Bill Kramer, recently retired after 22 years of coaching leaving an uncertainty as to who would be chosen as his successor. Thursday, Dec. 12, the decision was announced.

Athletic Director Ernie Modugno said there were several worthy candidates because the coaching staff consists of many talented and experienced coaches.

“We have a lot of really good football coaches on staff already, so we really didn’t want to open it up and start looking at people from other places. We wanted to promote from within,” Modugno said.

There was not a normal application process because the staff was aware the new head coach would likely be a current coach at Naples High School. Modugno said they were not even going to consider any coaches outside of NHS.

“They are so supportive of each other, and they indicated a willingness to coach with any number of people on the staff because we have so many good people,” Modugno said.

Martin was ultimately chosen for the head coach position after about a week of meetings with other assistant coaches.

“It’s an honor, an absolute honor, to be the head coach at Naples High School.” Rick Martin said.

“We’re just going to keep doing what we’ve been doing and just get to work,” Martin said. “Go to work every day and focus on the present.”

Martin’s football career began when he first played for the Golden Eagles in 1998. In 2001, he was named captain of Naples High Schools’ team, which won its first state championship that year.

Martin is currently in his 18th year as an assistant coach and 13th season as the head freshman coach.

He has been a part of the NHS football staff almost as long as Coach Kramer.

It will be interesting to see how the football program will change after a new coach steps in, 22 years after Kramer was named as head coach.

Modugno thinks that Martin will be a great fit for the job, and that he will be an amazing new head coach, just like Kramer has been in the past.