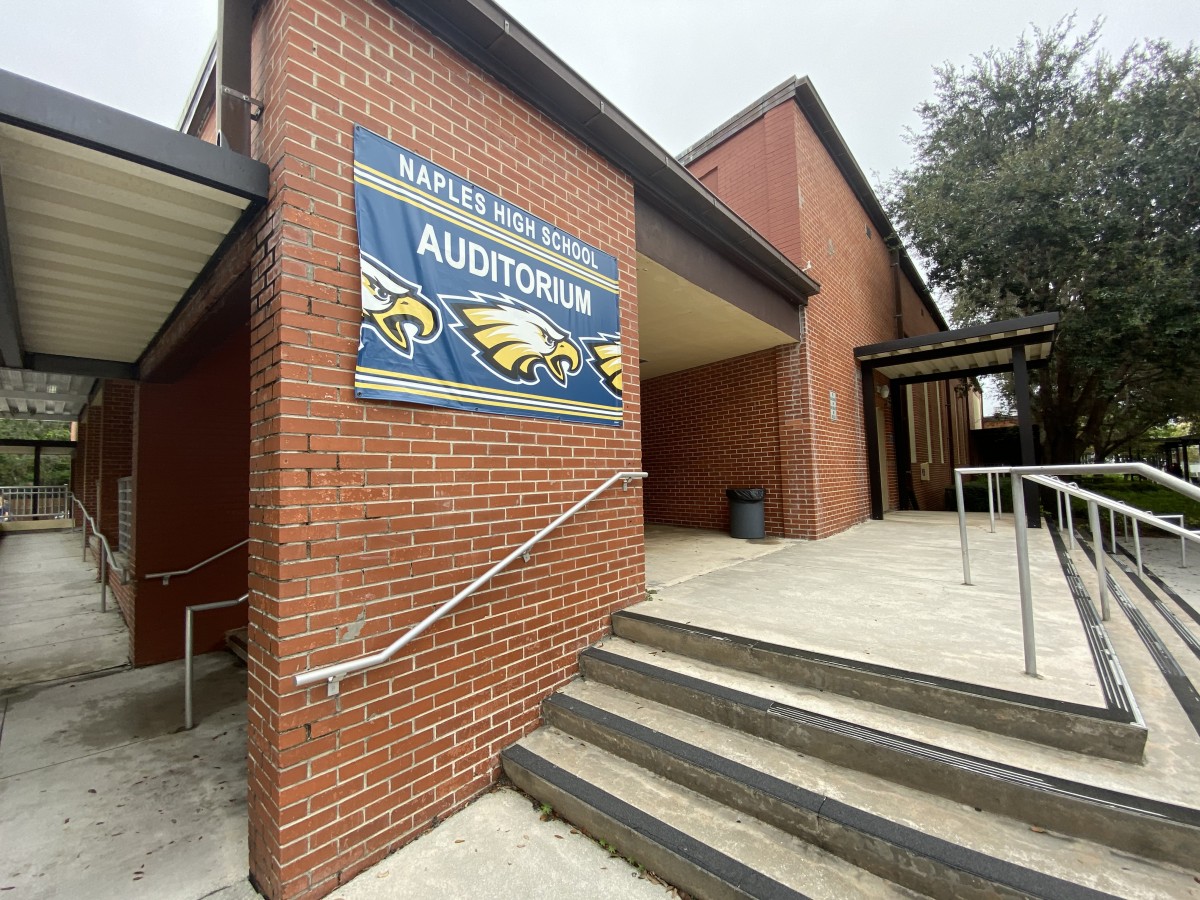 The Naples High theatre program collaborated with the Arts and Crafts Club to put together a production of It’s a Wonderful Life on Dec. 6-7. Theatre II students embodied their characters to tell the story of George Bailey, while club members prepared props for the show.

“The cast works really well together and the show was good,” freshman Aryana Snavley said after attending the show on opening night.

Of course, a show is not a show without props. The Arts and Crafts Club contributed to the hard work as well, creating many props such as maps and rolled cigars.

In addition, Julie Hayford led the Arts and Crafts Club in creating telegrams, accessories for the walls, table dressings, posters, the Christmas tree and more.

The largest prop was used for a heaven scene, which Hayford took part in building.

“I think the most fun portion of it was probably creating the heaven scene and having the first time when the lights went down and those lights were lit up,” Hayford said.

The Arts and Crafts Club had only two weeks to finish their props for the show. They were able to successfully put everything together ready in time for the performance.

“It turned out far more beautiful than we expected,” Hayford said. “We actually didn’t get the platform until just a few short days before the show.”

Renfro also said the prop was a challenge for her during the show.

Hayford adds that “some of it was simple, but I think with every production you’re going to run into those little things that you don’t realize how much time it’s going to take.”

With all the props, lights, music and lines finished, the show was ready to be performed. A story was told with a beautiful moral for the audience.