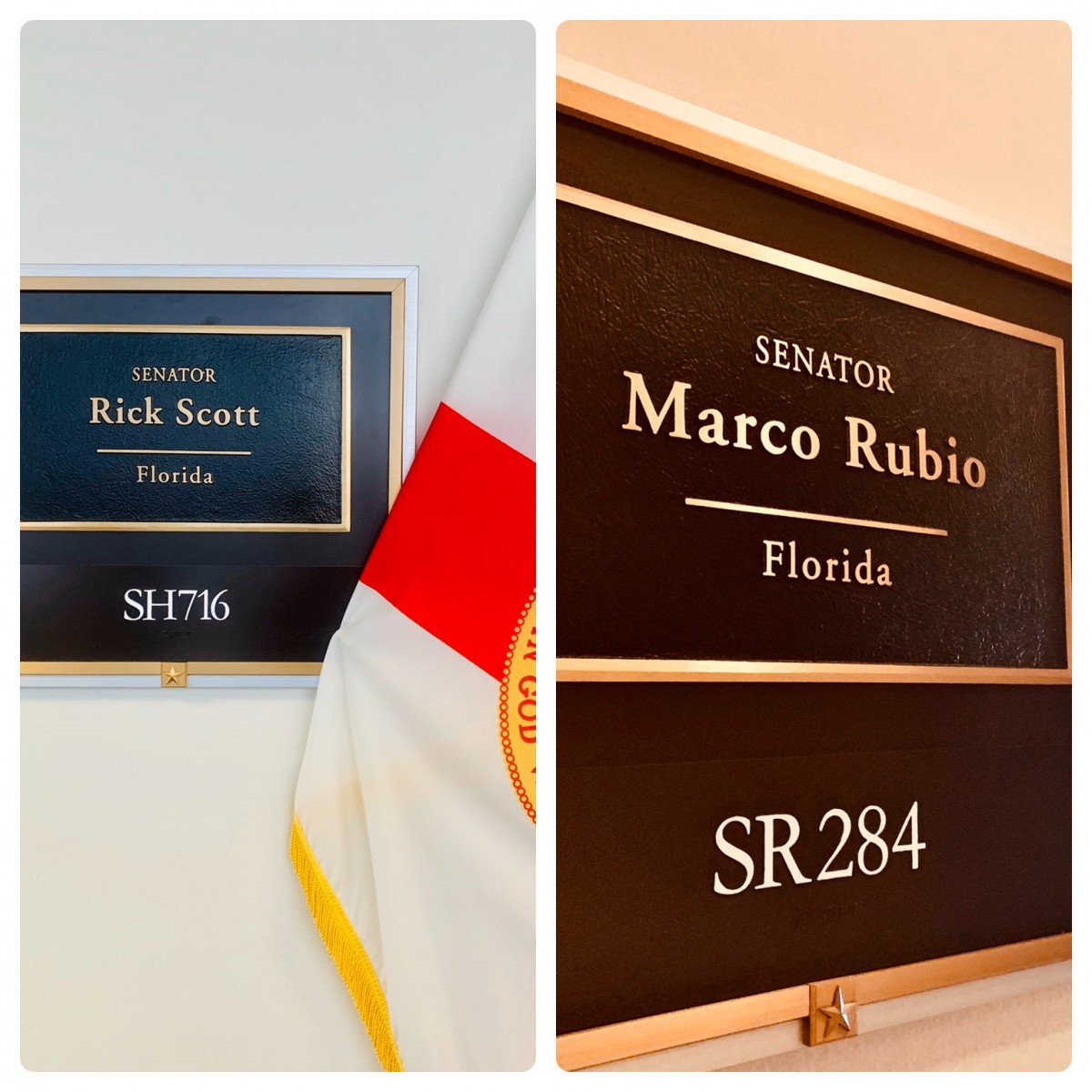 As the new year unfolds, Florida citizens are starting to wonder what their government is planning to do to ensure statewide issues will be resolved.

Florida senators Marco Rubio and Rick Scott say they are working to ensure that the State of Florida remains a great place to live and to visit.

“We’ve had some big wins for Florida over the past year,” Scott told the Talon Tribune. “I’m just getting started.”

Both Florida senators are focusing on Florida’s education system to produce the next generation of informed citizens.

“A good education serves as a strong foundation to achieve your dreams, so keep studying and working hard; there’s no limit to what you can accomplish,” Scott said. “As your Senator, I’ll keep working to make sure you have every opportunity to succeed.”

Florida’s performance and nationwide rankings in education have improved considerably in the last decade.

According to the U.S. News & World Report’s annual “Best States” rankings, Florida has been named the top state for higher education for three consecutive years.

“I’m using Florida as a model for what can be done around the country to make education affordable and attainable,” Scott said.

One thing Scott has done in the past to improve education for Floridians is the creation of “incentives to make sure all of our higher education institutions are doing their most important job: preparing students to enter the workforce, build a career and become self-sufficient.”

Rubio has also played a huge role in Florida’s education in the past few years.

“I was proud to help put in place meaningful reforms, raise the standards for K-12 education and commit to raising the quality of our state colleges and universities,” Rubio said.

Currently, Rubio is working to ensure that parents are able to choose the right education for their children, whether that means a charter, private or public school.

Freshman and JSA member Ella Perry became interested in government and the political process when she took a civics class in seventh grade. She thinks that Florida should make a change to its standardized testing methods.

“If I were a senator, I would probably eliminate statewide testing and standardized testing, because I feel like we rely so much on it to gauge how smart our kids are,” Perry said. “We’re so obsessed with this standardized state testing to place us in classes and gauge how smart we are, and I just don’t think it’s a fair gauge.”

NHS freshman Lucas Edwards feels that people in the state of Florida should be more educated and aware of mental health issues.

“I think we need to focus more on mental health and what to do with people who may be a danger to society,” Edwards said.

His suggestion is already being put into place in many Collier County Public Schools. NHS is going to be having several “mental health workshops” in the coming weeks and months.

Red tide has become an increasingly troublesome issue in the past few years, especially in coastal areas like Naples. Scott and Rubio are taking steps to eliminate red tide from Florida beaches.

He said the state of Florida should “…focus on what to do if there was another large algae outbreak on the coast, because that was a big problem last year.”

Fortunately, Rubio and Scott say they are addressing the issue.

“I am proud to continue to fight to secure the necessary funding to protect Florida’s environment for future generations,” Rubio said. “I secured $19 million for harmful algal bloom research.”

Scott has also funded operations that are working to end red tide and research its effects on coastal areas.

“I invested more than $32 million to help mitigate the effects of harmful algal blooms and red tide on the environment and citizens of Florida,” Scott said.

In addition, Scott has put forth $20 million to continue researching and understanding red tide and its effect on the environment. He’s also building on these research efforts by co-sponsoring the South Florida Clean Coastal Waters Act.

Perry agrees that this is a problem that needs to be resolved soon.

“I would say that we should focus a little more on the environment, maybe clean up our beaches, and maybe try to manage and predict red tide a little bit better,” Perry said. “Then that [won’t] affect our tourism industry, which is huge for the economy.”

In addition to the red tide issue, the senators are taking action towards restoring the Everglades and protecting the environment within.

In addition to Rubio, Scott has also secured millions of dollars for Everglades projects and restoration.

“I’ve consistently fought for federal funding for projects to help restore and protect Florida’s Everglades,” Scott said. “Throughout my time as Governor, I invested more than $2 billion in state funding for restoring the Everglades, and as Senator, I fought for and secured $200 million in construction funding for the South Florida Ecosystem Restoration last year.”

Geographically, the Everglades comprise a large portion of the State of Florida, but its land area has been steadily declining in recent years. If action isn’t taken soon, the “Sea of Grass” may disappear for good.

Floridians have weathered multiple major hurricanes in the past few years and usually know what these massive storms entail. 2017’s Hurricane Irma was a storm that many Naples residents remember for its destruction around town.

Rubio and Scott are hoping to help all Floridians prepare for when these catastrophes make landfall and are trying to make sure first responders respond quickly after the storms.

“Floridians are no strangers to hurricanes and the deadly impact they can have on our state’s communities and economy,” Rubio said. “Ensuring that the federal government works with our state and local officials to respond and help our communities recover is a duty I take incredibly seriously.”

Scott stresses that being prepared can save lives and reduce overall damage.

“Florida sets the standard for hurricane preparedness, but there is always more we can do to protect our families and businesses. We must always remember that Florida is resilient, because we prepare for storms,” Scott said. “I cannot stress this enough: preparedness saves lives.”

With the 2020 presidential election nearing, many NHS upperclassmen are preparing to take part in the United States’ political process for the first time. The senators have a few words of advice for these young voters, many of whom are still unsure of how and for whom to vote.

“Too often politics today is about victory over the other side,” Rubio said. “But what is the point of total victory over your political rivals if afterward there is no country left to govern?”

Although our nation is currently separated, both Scott and Rubio think that if young voters stay educated and informed, they will be ready to take on the challenges that the coming years will present.

“At a time when our nation is so divided — our politics so vitriolic — I would urge young voters in Florida to be optimistic about the future, but clear-eyed that they must be willing participants in how our nation’s 21st century is defined,” Rubio said. “The role of every generation in America has been to leave our nation better off, and I am optimistic that this generation can accept that challenge.”

The benefits that bugs have on everyday life