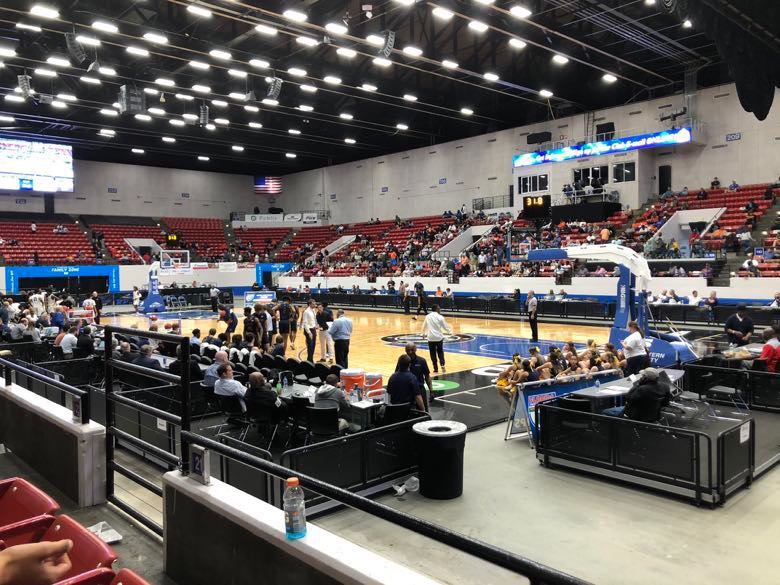 The Naples High boys varsity basketball team lost 81-71 to Pembroke Pines Charter in the Class 5A semifinal on Thursday, March 6.

After tremendous effort and hard work during a successful season, the team is proud of their accomplishments.

“Anytime a season ends in Lakeland at the final four road to a state championship is a good season,” NHS boys varsity basketball coach Garrett Hull said. “I thought the players played the hardest they could possibly play; we just came short against a good team.”

After playing in the state semifinals in 1962 and 1991, the game against Pembroke Pines was Naples’ third semifinal game at the state level.

Naples trailed Pembroke Pines by seven points after the first half. Jonas Duclona was the leading scorer for Naples during that half.

By the end of the third quarter, the Jaguars had 57 points and the Golden Eagles had 44. At the end of the game, Byntley Theork was the leading scorer for Naples, bringing 17 points to the scoreboard.

Despite not making it to the finals, NHS players closed off the season with exceptional success.

“I am beyond proud of our players’ efforts all season,” Hull said. “We played against some of the best competition in the state of Florida and competed.”

Students and staff alike have greatly supported the basketball team throughout the season. Fan charter buses made the trip to Lakeland to watch the historical semifinal game.

“The amount of support we got all season was truly remarkable, even with having only six regular season home games,” Hull said. “Also, the fact that we traveled four charter buses to watch us play in Lakeland speaks volumes on the support we had all year.”