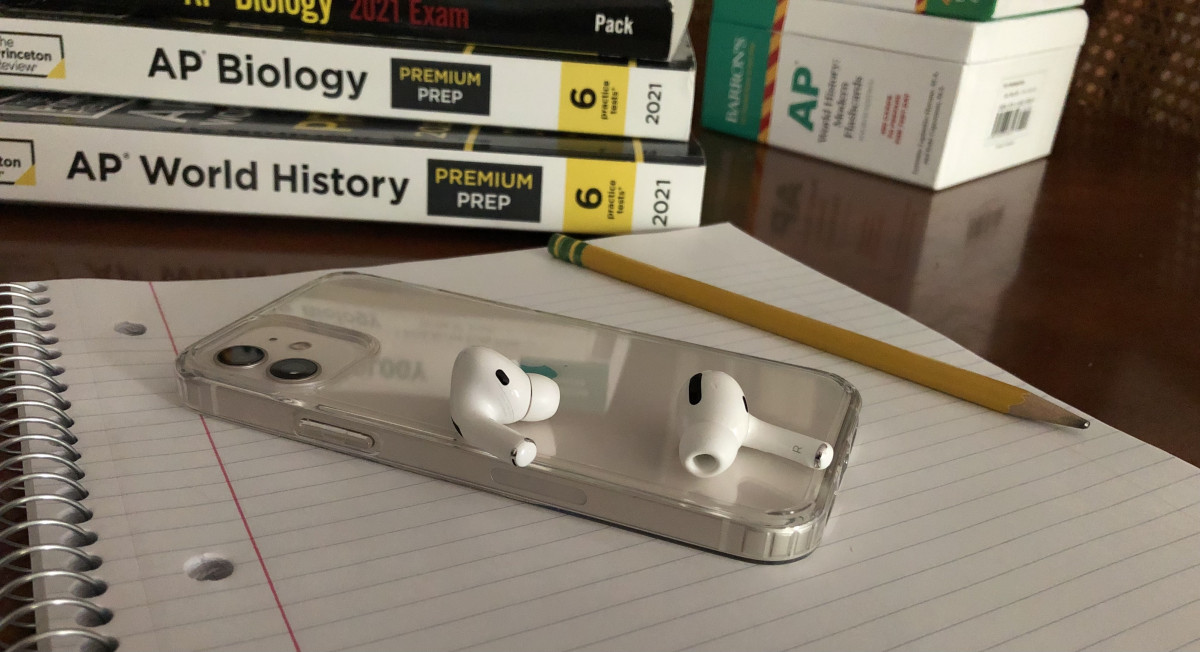 As the fight for a seat in the nation’s top schools intensifies, students are constantly thinking of new ways to improve their study habits and maximize their performance. Although the conventional methods of being in a quiet room with no electronics have remained as go-to study strategies, some high schoolers are turning to music as a way to boost their brain power.

It is believed that listening to classical and instrumental music has profound benefits for brain activity, leading to more productive studying. According to Harvard University, memory and the ability to do mental math are significantly improved when listening to music before or after a task.

“I do like to listen to music while I study because it helps me focus more; it is relaxing and helps relieve my stress,” freshman Reyna Lucrecio-Olaeta said. “It also helps me with memorization. I usually listen to piano music or study music.”

The connection between enhanced brain function and classical music is referred to as the “Mozart Effect.” This musical phenomenon can have a large impact during exams, as concentration may sharpen while test anxiety declines.

“Probably everyone is familiar with the ‘Mozart Effect’ that listening to classical music makes you smarter,” Helga Bartus, musician and music teacher, said. “Indeed, there are some studies that show students who listened to classical music during tests had better results.”

It is true that most of these studies are simply theories, but medical scans done by researchers show a visible response by the brain when exposed to music. A study by the Stanford School of Medicine demonstrated that brain regions associated with paying attention are engaged when music is played.

However, those who believe classical music will replace studying or magically turn their projected “F” to an “A” should think again. Musicians warn not to solely rely on music listening to dramatically improve long-term brain activity. Although listening to it is surely helpful, most intellectual benefits are accompanied by actually learning how to play music.

“Of course, listening to music alone does not result in a straightforward increase of intelligence itself,” Bartus said. “Music learning, on the other hand, is what really strengthens children’s abilities, improves memory, concentration, reading skills, self confidence and so much more.”

With today’s modernized world, teenagers are likely to prefer more dynamic genres of music, like pop or rap. However, these often do not provide the same benefits as classical or other types of instrumental music.

A study by InformED showed that cognitive abilities during pop music may be impaired, especially when attempting to memorize an ordered list, which is called the “irrelevant sound effect.” This causes decreased concentration due to changing words in a song. Students are often more focused on singing along with the lyrics instead of completing their task.

“I am not familiar with studies on the effects of listening to pop or rap music during studying, however, I would not recommend it because of the nature of these types of music, which I think takes concentration away from students due to the pulsating rhythm and intense lyrics,” Bartus said.

If some students absolutely reject the idea of listening to classical music because it does not align with their taste in music, other options are also available that do not hinder their school performance.

“There are other alternatives like having a clean workspace where I study and taking a nice cold shower,” Lucrecio-Olaeta said.

Despite the surplus of study resources and strategies available, listening to classical music is extremely likely to provide the revolutionary approach to studying that many high schoolers crave. So, grab the dreadful review packet that has been waiting to be opened, turn on some music by Bach and become immersed in the ultimate study experience.

Moving plastics out of the oceans: Two Part Commentary

To update or not to update to iOS 11