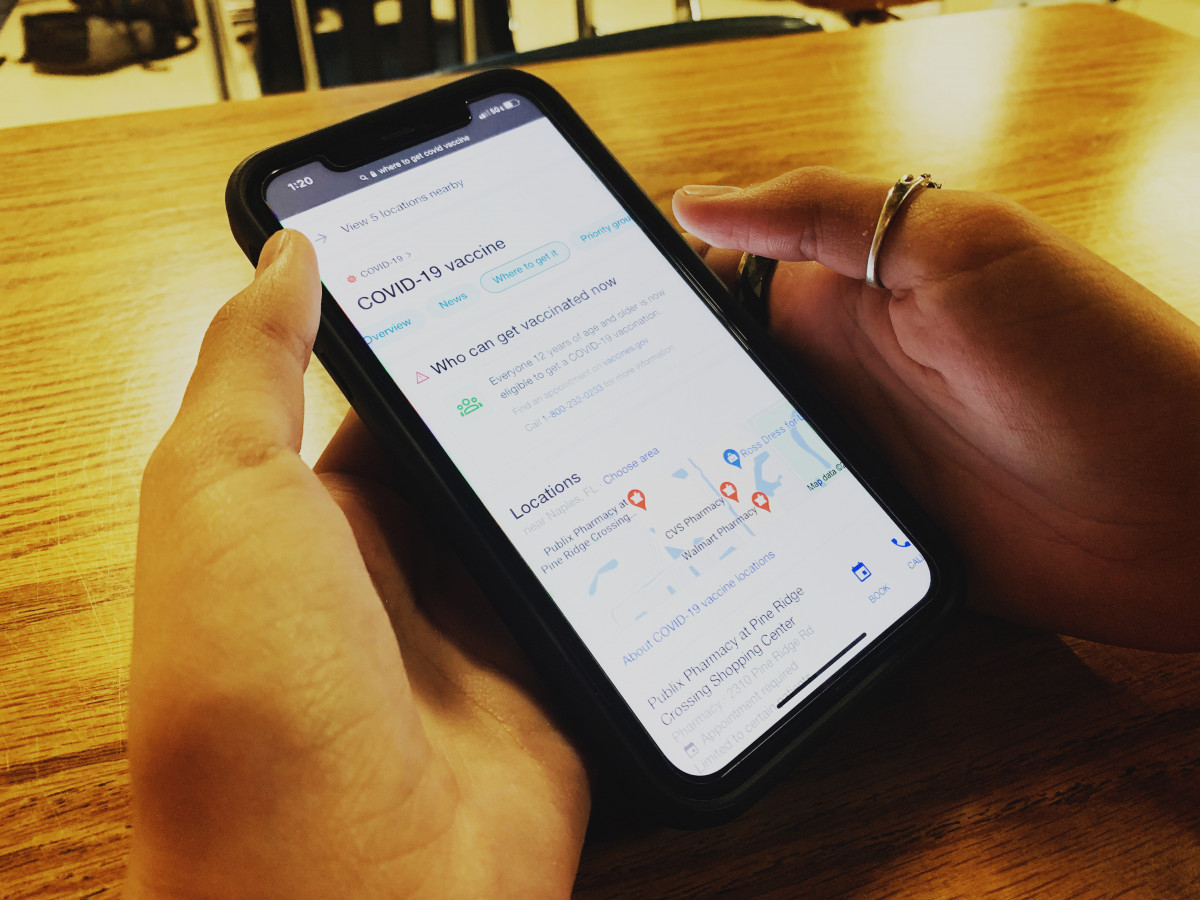 Millions of people around the world are receiving different versions of the COVID-19 vaccine, hoping to end the ongoing pandemic that has slowed the lives of everyone on the planet.

Moderna is one of the few types of available vaccines that is being distributed to the world’s population on a global scale. Communities are taking action in providing transportation and the opportunity for working citizens to get permission to miss their jobs for vaccine appointments.

“I got the Moderna vaccine,” biology teacher Amy Lawson said. “I was able to get vaccinated early through a special program Naples Community Hospital had for family members who live with front-line workers.”

Front-line workers were among the first to receive their vaccines and many have told stories about the side effects they may cause.

“I was not nervous about the side effects,” Lawson said. “A sore arm is to be expected with a certain number of vaccines.”

Uncertainty is one of the many emotions being felt about the vaccine. However, for some, it’s an easy decision.

“I was not nervous about the side effects because everyone in my family had already gotten it and had no effects,” freshman Michael Marcy said. “Also, I knew that the vaccine had been thoroughly tested.”

Vaccines have been developed for diseases like polio, chicken pox, the flu and many more. The people who have received the Covid vaccine think of it as just another mandatory one against a deadly disease.

“The media made the vaccine seem scarier than it was,” Marcy said. “It was a completely harmless experience and was not unique to me.”

Hope is spreading around faster than any virus ever could. The vaccine is the first step of many that will bring the world back to normal. However, this doesn’t mean people can jump back into their original lifestyle.

“I feel like the more people that get vaccinated, the faster the pandemic will die down,” freshman Anya McLaughlin said. “It is dying down, but if people start to put their guard down too soon, it could easily come back worse.”

Despite the possibility of another spike in cases, the country is already showing signs of cheerfulness. Getting the vaccine allows governments to slowly bring peoples’ spirits up by allowing them to interact with others without the fear of a fatal disease.

“I feel like my life is returning to normal as everyone I do things with has been vaccinated,” Lawson said. “I even put on lipstick for the first time in a year.”

Volunteering Opportunities for Students in Naples