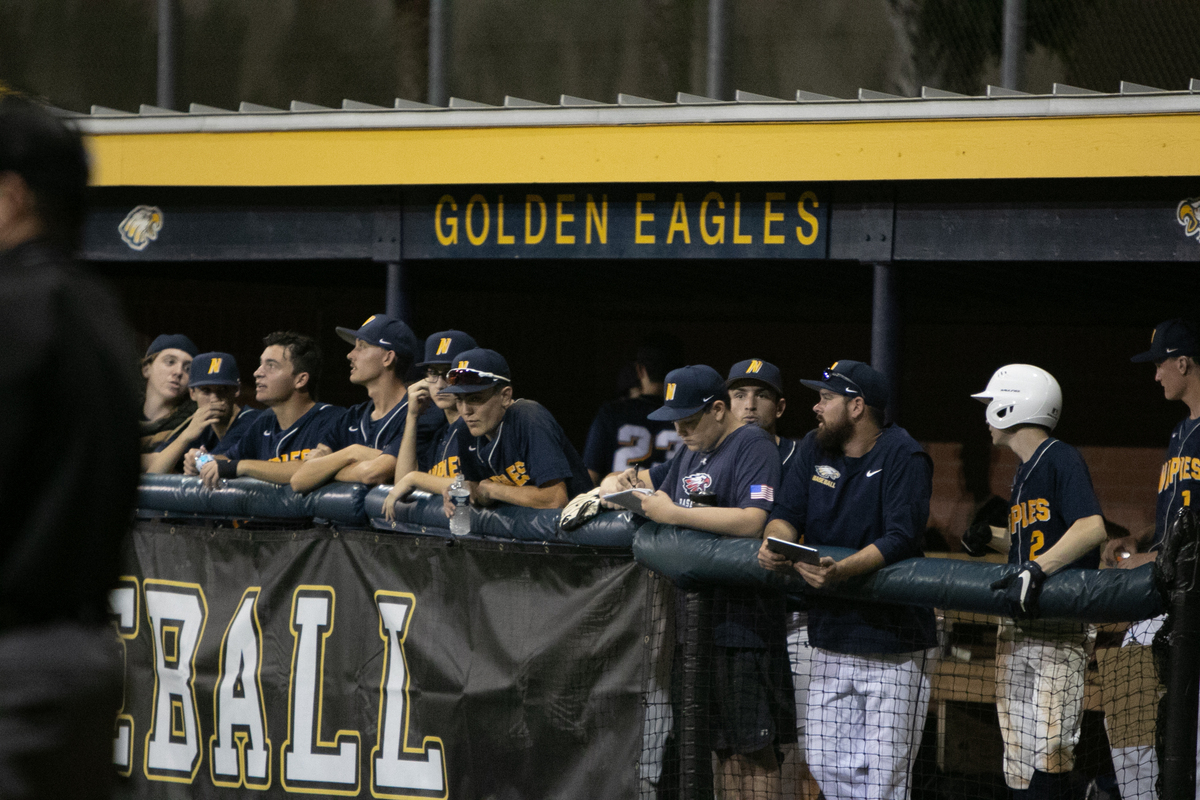 February marks the beginning of spring sports and fans are getting ready to support the Golden Eagles. One popular sport that begins in February is baseball and everyone is excited for it to begin.

“I’m most excited about having fun with my teammates and winning games,” sophomore Tucker Hansen said.

Naples High has a history of winning, they were runner up in the districts last year, but unfortunately lost to Barron Collier. The last time they won a district championship was in 2016. This year, Coach Jim Nocera feels confident about his team and is looking forward to how they play.

“I feel confident in my guys this season. They worked hard in the off season and had a great fall,” Nocera said.

Baseball is among the most popular sports at NHS with the school having both a varsity and junior varsity (JV) team. On those teams, there are 18 players on varsity and 17 on junior varsity. These players are excited to start playing and are ready to face their competitors.

“I am very excited for the baseball season because I think we will make it far in the playoffs,” sophomore Johnny King said.

There are many key players on the teams, among them being junior Michael Graziano, sophomore Johnny King, sophomore Nathan Smith and sophomore Brendan Murphy. For the full roster visit the NHS boys baseball page on MaxPreps.

“Being a softball player, I don’t get to go to a lot of their games because we play at the same time,” senior Sophia Nocera said. “I go to as many as possible to cheer on the players. I’m friends with most of the players, so I’ll be rooting for all of them this season.”

Players on the baseball team have a natural talent, but to make those skills better, they have to practice. The baseball team has been playing for most of their life to become skilled in what they play and they have gained some great memories after years of playing.

“My best memories of playing baseball are hitting my first home run when I was younger and making lifelong friendships with my teammates,” Hansen said.

This year, players, coaches and fans are confident about the baseball team and are excited to see how far the team goes. People are ready for JV’s and varsity’s first game on Feb. 22.

“I’m pretty excited, it’s gonna be nice to get out on the field and face some live pitching, communicate with the guys and just have some fun,” freshman Nicholas Nocera said.

How students and coaches prepare for the wrestling tournament