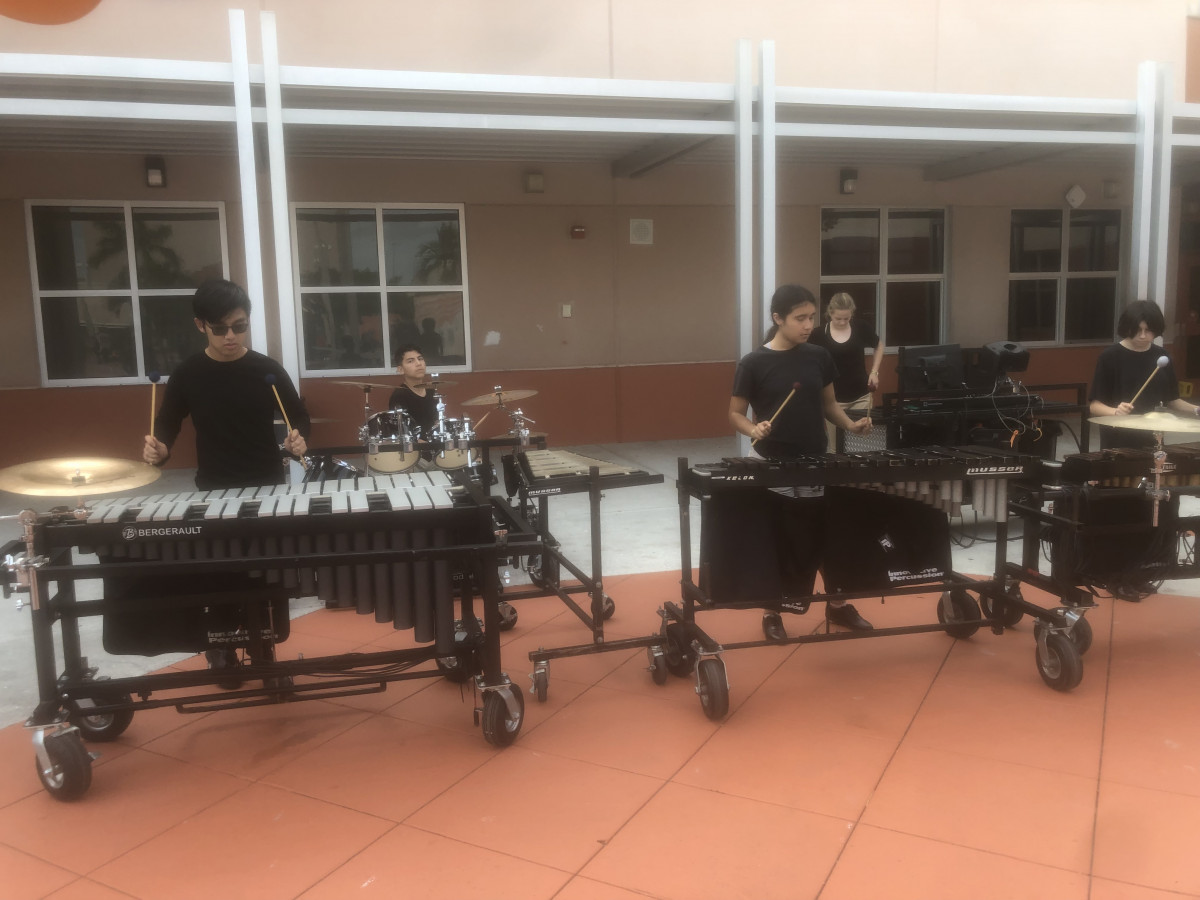 The Indoor Wind, Percussion and Winter Color Guard performed at the John I. Leonard FFCC Regional on Feb. 5. This performance was possible through the dedication and hard work displayed by the band directors and members of the extracurricular group. The outcome of the competition was based on a variety of categories in which every player was motivated to excel in.

“You have music, you have visuals and then you have the overall effect or design [of the performance],” Head Band Director Brian Grieb said. “Each one of the judges is giving a score for all three groups.”

The preparation for the premiere competition was not an easy task. Indoor Winds had to attend two hour practices twice a week in order to be ready for the competitive event. The band directors had to target specific techniques to ensure that the students played as best as possible.

“Something that I would say that Indoor Winds had to overcome was to play with good sound while marching and keeping time while performing,” junior Esmir Ramirez said.

Since the competition is outside of Collier County, the members of Indoor Wind, Percussion and Winter Color Guard have to ride on the bus for a long period of time. Freshman Isaiah Pensado explained that the atmosphere on the bus plays a huge role in the performance and attitude on competition day.

“The bus, no matter what, is constantly loud, fun and positive due to everyone just being happy and having fun,” Pensado said.

“I expected all three groups to do really well,” Grieb said.