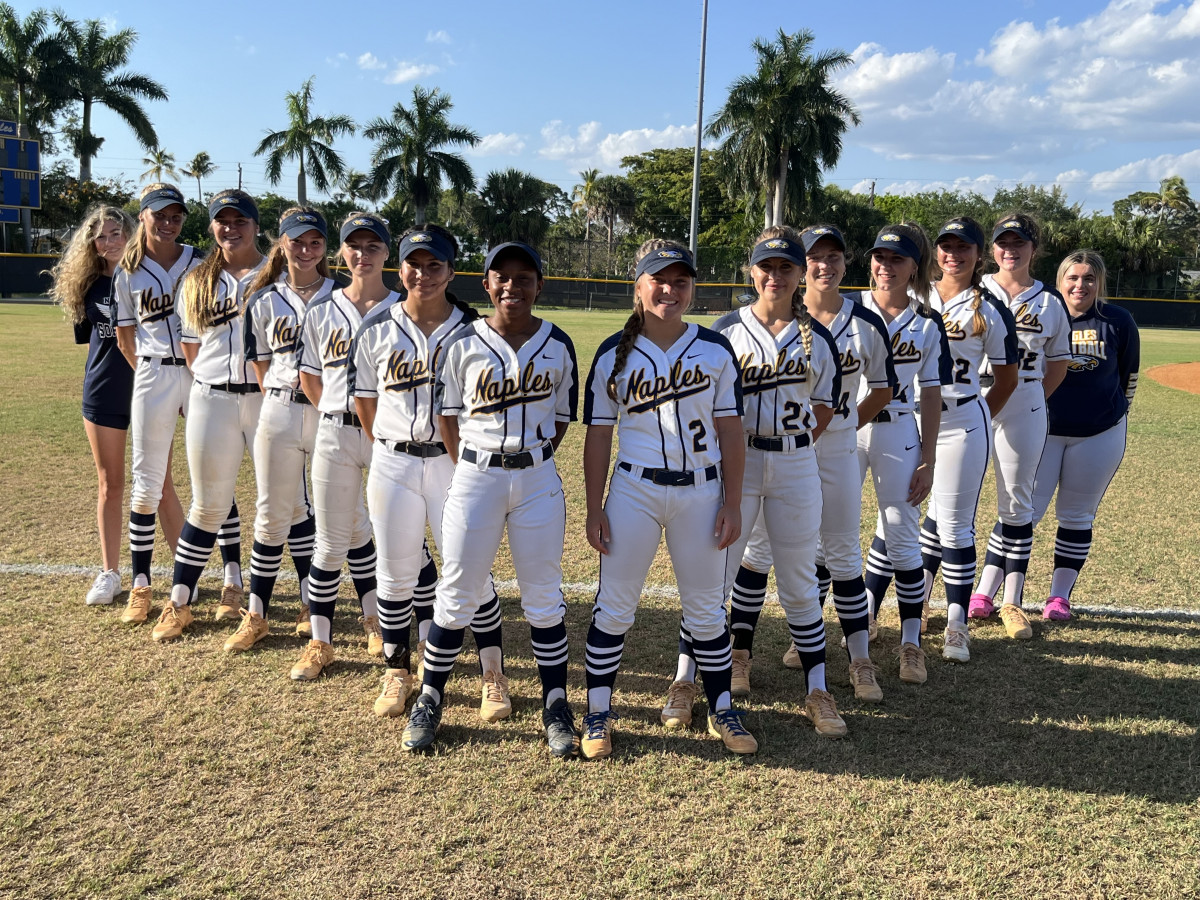 In the beginning of February, softball began their 2022 season. Ever since, fans have attended games in order to support the Golden Eagles. The softball team has had great success so far and they are ready for the rest of the season.

“Our season is going very well so far,” senior Sophia Nocera said. “We have a winning record and are able to compete with the tougher teams, which we haven’t been able to do in my four years. We’re able to have fun while also having the ability to focus when a win is on the line.”

So far, the team has played 13 games and only lost two. The players are excited for what is to come for the rest of this season. Most believe the team is best at working together and maintaining good chemistry amongst them. The softball team doesn’t quit when things get rough, they give it their all and never give up.

“I like that the team is very close-knit and upbeat,” Nocera said. “We are able to be friends on and off the field.”

There are a total of 13 players on the junior varsity team and 15 on the varsity team. They work hard and get along with each other to win their games. Sophia Nocera, Macy Miles, Mackenzie Leiti and Tara Watkins are among the highest performing players.

“My primary position is catcher. I love being able to see the whole field,” freshmen Mackenzie Leiti said. “Recently I changed my number because I remember my dad telling me his favorite number was 13 so I decided every time I put my jersey on he would be a part of that team or jersey I have.”

Most of the softball players have been playing for a long time and from that they have gained some amazing memories of playing. Sophia Nocera has been playing softball since she was 12, but started playing baseball when she was seven.

“Softball has brought me so many memories, it’s hard to just say one, but if I were to choose, I’d say that my favorite memory was when I hit my first over the fence home run and it was on Father’s Day,” Leiti said. “Right after I called my dad to tell him happy Father’s Day and I hit one out.”

The parents of the softball players are proud of their children and are excited to see them play this season. Jimmy Nocera, father of Sophia Nocera, has seen his little girl grow up and play softball all her life, and is proud of his daughter for who she has become.

“Sophia is always positive and is a team player,” Jimmy Nocera said. “Just what a captain should be.”

The softball team has won lots of competitions over the years. They have won 28 district championships, 18 regional championships and 11 state championships. Coach Scott Angelico has been coaching for 35 years and has won numerous championships in both travel ball as a coach and as a player. Over that time he has gained many memories of coaching.

“My favorite memory is tough, I have so many,” Angelico said, “but one that sticks out was when we played like 11 games on a weekend, [and] lost a game that put us into the losers bracket. We won eight straight games to get to the championship game and we won the game with a walk off  home run.”

There are a total of four seniors on the team, one of them being Macy Miles. Miles is committed for softball at the University of Central Florida to play as a pitcher. Other seniors on the team include Nia Cherenfant, Melissa Morales and Sophia Nocera. They all have contributed to the team’s success over the course of their playing career.

“I’m going to college at Eckerd College for academics,” Nocera said “I would love to play in college, but I think it would be better for me to focus on school because college sports are a huge commitment.”

The softball team here at Naples High School is the team to beat and it’s going to be a struggle for any other team going against them. With their determination and hard work, the softball team is going to go far this year and make some great memories.

“Naples is the team to beat and we’re going to make it far,” Leiti said. “There isn’t any team we can’t beat with all the talented athletes we have.”