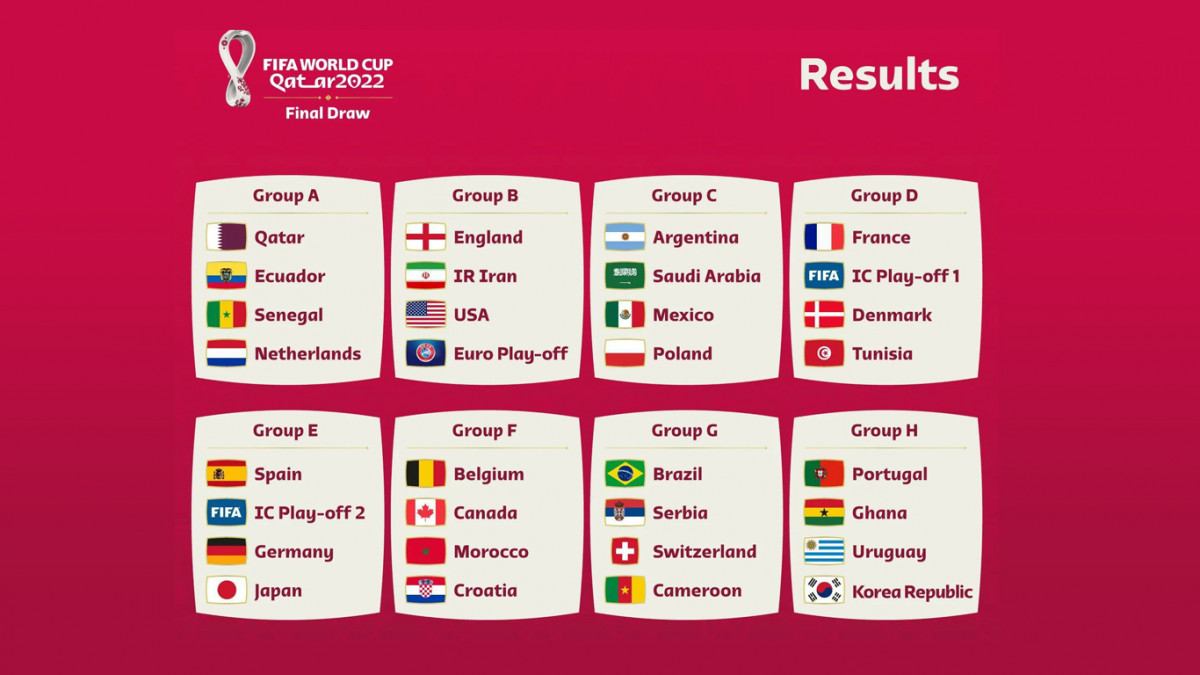 The FIFA World Cup is one of the most viewed sporting events on the planet. It attracts over a billion people from across the world to watch the tournament. Last month, the group stage of the tournament, featuring 32 of the best teams in the world, was scheduled.

The group stage is the very first phase of the tournament where teams play in four-team groups. The two teams that accumulate the greatest number of points go through to the elimination rounds.

“My initial thoughts on the World Cup draw are that there will be pretty interesting matches the whole tournament,” sophomore Kelvin Sanchez said.

Many soccer fans were excited by the different matchups, but freshman Dylan Parra wasn’t. His team was drawn into a difficult group.

“It isn’t looking good. If Peru makes it, we have tough teams to face. France [is] the reigning champion, so I’m worried,” Parra said.

There are groups deemed the “Group of Death.” These groups have great teams, which makes predicting who is going to win difficult.

“I think that Group E is the Group of Death,” sophomore Gabriel Day said. “All the teams are big and exciting teams.”

Defining what group has the best teams is virtually impossible. Sanchez thinks that all the teams are strong opponents.

“I don’t think there are any bad groups at all,” Sanchez said. “All the teams are good in different ways.”

Since the World Cup involves the best soccer teams in the world, a lot of people are indecisive on who the winning team will be. Parra plays it safe and picks the winner of the last cup.

“France won at the last World Cup,” Parra said. “They had a really good team last time around, and they are even better now.”

Even though many people have France as their favorite, some have knocked them off after their performance at the Euros.

“I think Brazil are favorites to win it,” Day said. “They’ve been in good form recently and are winning a lot of games.”

“I think that Japan and South Korea are the underdogs in this tournament because in the last World Cup, Japan made it pretty far [by] going up against European Giants, and South Korea has performed well in qualifiers,” Sanchez said.

Day picks a European team as his “dark horse” team due to their earlier performances in matches.

“I think Denmark will be a dark horse because of how far they progressed in the Euros,” Day said. “They were able to knock France out of the tournament.”

Naples High students come from different backgrounds and nationalities, so they all share different favorites.

“I’m rooting for Mexico because that’s where I am from,” Sanchez said.

Mexico is one of the strongest teams from the Americas. Day has European roots, leading him to support the Netherlands.

The World Cup kicks off in November of this year. All soccer fans worldwide and locally are looking forward to weeks of exciting games from the highest-performing teams.

“It’s so entertaining to watch the best teams in the world fight for a chance to win the tournament,” Parra said. “Even when watching other teams aside from your favorite, the game is so captivating. I can’t wait.”