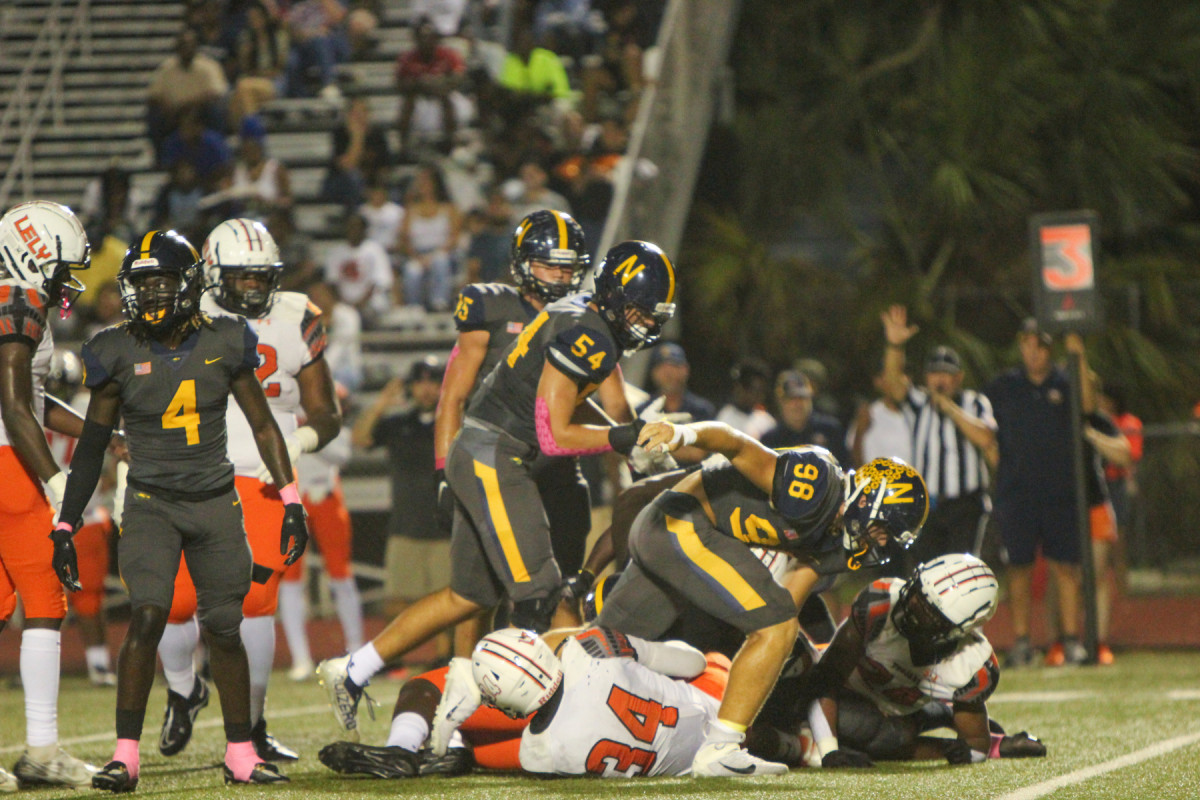 The Golden Eagles have a 6-1 record this season and plan to advance to 7-1 this coming game against American Heritage. Hurricane Ian took away a week of practice for the team this month, but it hasn’t tarnished their spirits.

“Our coaching staff and the team looked at it as a bye week or a much-needed break from the grind of the season,” Head Coach Richard Martin said. “We definitely lost some of our conditioning during that time but the kids have bounced back and we are back on track.”

American Heritage’s football team is ranked among the top 20 teams nationally and the top five teams in Florida. The Golden Eagles have considered the rankings of this team and the renowned players on the team.

“Our kids are well aware of who is coming to play them Friday night,” Martin said. “The beautiful thing about this game is that a win or loss doesn’t make or break us. We know they are a great team and we are going to get better Friday night, no matter what the outcome is.”

Although this game comes with a lot of attention, there are many more football teams the Golden Eagles will meet this season. Martin and his team choose to take it one week at a time.

“We want to win a state championship,” Martin said. “But this week, we have American Heritage. And next week, we will play Bonita Springs. Our team and coaching staff will take things one week at a time.”

Across Alligator Alley, the American Heritage Patriots are led by Coach Mike Smith. Heritage boasts some of the best high school football players in the country. However, Smith knows that to play championship football is a team effort.

“In this sport, individual success relies so heavily on team success,” Smith said. “I think we’ve had success this year because all three phases (offense, defense and special teams) have been solid, and our ‘bigger name’ players really believe in the team concept.”

For this week’s matchup between the Golden Eagles and the Patriots, both coaches know the stakes and know how well-coached and talented each team is.

“We have a lot of respect for Naples. They’re one of the top programs year in and year out in the state,” Smith said. “They’re extremely well coached and have a talented group of kids. That combination makes for a dangerous football team.”