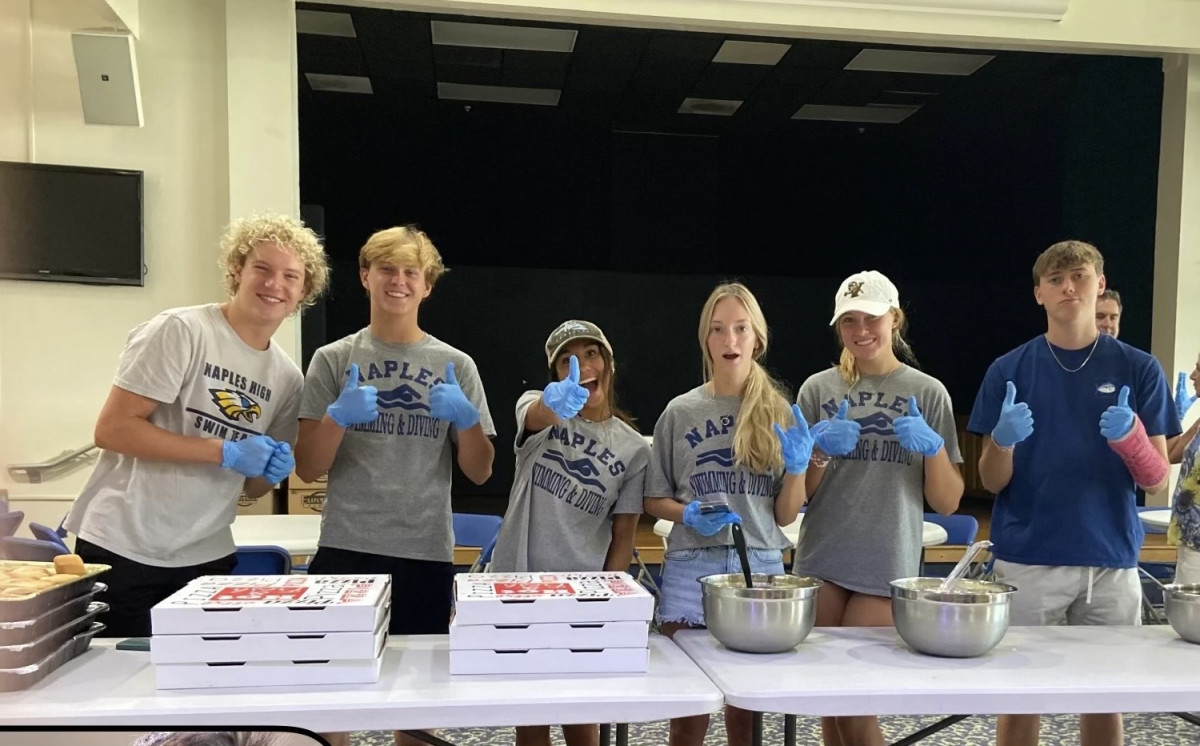 Hurricane Ian struck Naples on the last week of September with strong winds and heavy rain. The aftermath of the hurricane was devastating to witness. With all of these damages, the coaches of the swim and football team brought student athletes together to give a helping hand to the community.

Upon seeing the significant loss experienced by many, the swim team immediately united to make sure everyone had what they needed.

“After learning about the flooding and losses the community endured after Ian, we wanted to do something to help,” Coach Monet Layton said. “We helped serve food to essential workers and the community in the center.”

The houses near the beach suffered the most harm due to the storm surge. All of the water rushing in caused many houses to be destroyed, and the streets ended up being extremely flooded.

“Most of the damage was hard to see while driving around due to the majority of damage being from storm surge,” senior Lucas Edwards said. “It was pretty severe when I went to the beach near Seagate, and the majority of the condos on the beach had their walls and foundations ripped apart.”

The football team also came together and showed the same unity when it came to assisting those who needed the help.

“It was remarkable when all I had to do was call one of our kids and 20 minutes later 15-20 of them were ready to go with tools,” Head Coach Richard Martin said.

Lending a helping hand can provide a sense of happiness and fulfillment, but witnessing such destruction can be upsetting for many.

“I felt joy to be able to help a family in need that had just lost a lot of their possessions…[but] it almost felt wrong that their home had been devastatingly hit and my house was virtually unscathed other than some fallen trees,” junior Luke Walker said.

Even with their own damage issue at home, these students put aside their challenges and volunteered wherever they could.

“Some members of our own team were affected by the storm and lost their homes but were still out there volunteering and donating to others,” Layton said. “As a coach it was a proud moment.”

Which AP classes should you take? A guide to the hardest...