Throughout a typical week at Naples High School, there are several songs played consistently during the passing period. One of these songs is “Summer Love” by NHS senior and singer/songwriter Alexis Anand.

Anand cannot remember a time when she was not singing. She was enrolled in Kindermusik classes before the age of one, and music has always been a large part of her life. 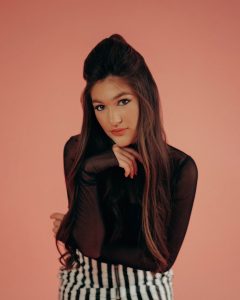 “I began writing music because of a teacher,” Anand said. “In first grade, my teacher noticed I loved to write. She gave me a journal and assigned me additional work every week.”

These journal entries soon became song entries, and she has not stopped writing since.

“I almost feel like every hour that is not spent at school or doing schoolwork is spent writing music or singing or doing something musical,” Anand said.

Anand has an incredibly busy schedule. As a senior in high school, she has had to balance her music, college applications, extracurriculars and schoolwork. Twice a week, Anand meets to classically compose and write contemporary pieces with The Creative Group of Naples, and she is a part of the Artis Naples chorus. Every week, she carves out time to meet with her management, Three13 Management, over Zoom.

“Although it can be stressful,” Anand said. “I don’t think it has been that hard to manage. I really enjoy being busy, so I welcome the chaos.” 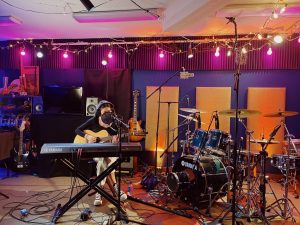 Life has been especially hectic for Anand with the upcoming release of her next single, “The Way That I Like You.” The song, produced by The44thFloor, was written with artists Lil’ Eddie and Christina Chirumbolo.

“While in the session, I shared with them the concept of wishing someone knew how you felt,” Anand said. “The song almost wrote itself. I think the message of the song is one that many can relate to.”

Along with “Summer Love” and her upcoming song “The Way That I Like You,” Anand has performed at a number of festivals and music halls. She has performed at the Broadway Theater, Carnegie Hall, Radio City Music Hall, Hertz Arena, Macy’s Thanksgiving Day Parade, the Radio Disney Stage at Supergirl Pro and the Keen On stage at The Wellness Festival.

“My favorite stage I have played at though is the Bitter End in New York City,” Anand said. “I was invited to play on Writers’ Night when I was twelve by Larry Oakes–the touring guitarist for Foreigner.”

She recently returned to the stage in November for her inaugural show with the New York Songwriters’ Circle. This had been a huge goal of hers since she was little.

“My current goal is releasing the full EP,” Anand said. “Now that the musical world is alive again, I hope to spend my summer performing as much as possible.” 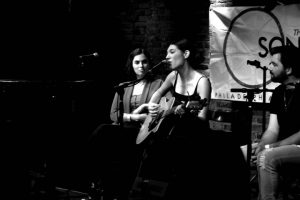 Anand is greatly inspired by the career of record producer, Clive Davis. She sees a future in both music and the entertainment industry in general. As for the near future, Anand will be releasing a project she has been working on since her freshman year this spring.

“I am so excited for that work to finally be heard,” Anand said. “I have plans to begin another project in Nashville this summer, and I am working on setting up dates for summer performances.”