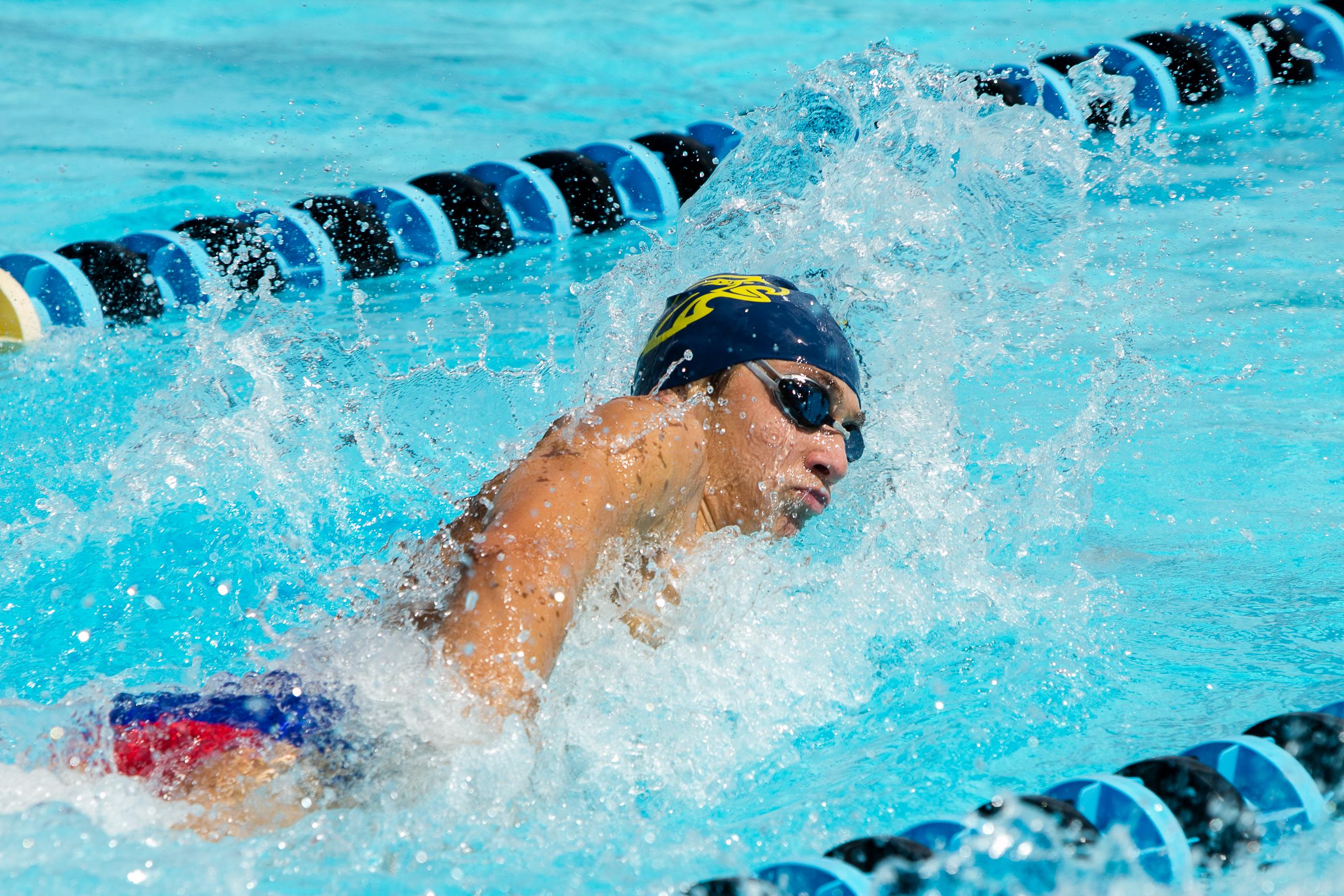 A jump in the pool may seem ideal during the first few hot months of school, but the Naples High Swim Team would have claimed otherwise. The first few weeks of practice had been difficult for the team due to constant rain and lightning delays.

Many of the swimmers were not enthusiastic about having the very first meet of the season canceled. However, they were eager to dive back in and restart their regular routine.

“I’m excited but disappointed because it is less time I get to spend with everyone,” four-year varsity swimmer Kirby Horne says in regards to the weather.

The Naples High swimmer shared the team’s expectations were for the season.

“We hope boys and girls will win conference by training hard and bonding as a team.” Nonetheless,  Kirby had expectations for herself as well,

“I plan to get faster and not get another concussion,” Horne claimed. “The 500 meter freestyle is my favorite out of my event because I don’t have to think about it.”

A countless number of student athletes would disagree with Kirby’s statement considering it is the longest event out of the 22. In addition, her favorite quote of the season is “swimmers who drown together, stay together.”

“We’ve got the best team we’ve had in years, so we’re keeping high hopes for states this season,” Team captain Christian Boyd shared. “ I’m pretty psyched about all the new swimmers that have joined this year; they’re all learning really quickly, and they’re having a lot of fun along the way.”

The  junior has been swimming for six years and was more than excited to see how the season unwinded. Boyd’s favorite stroke is the 100 meter breaststroke, but usually places in the 200 meters Individual Medley which consists of 50 meters of each stroke (butterfly, backstroke, breaststroke, and freestyle).  “More than anything, I’m having a lot of fun,” says Boyd.

The team anxiously awaited their opposing rival Gulf Coast High School. For the past few years, the Gulf Coast sharks had been their number one competition and they hoped to surpass them by the end of the short season. For many of the athletes, the season ended in early October, but the club swimmers on T2o or Swim Florida are more likely to have their season end by late October or early November.

The Naples High boys team took a 1st place at district championships while the girls took 7th place out of 14 school. This is the first time the girls have been in the top 8 for the past few years.

Swim season may have be short, but the earnest swimmers did not let a few rainy days and canceled meets get in the way of winning Conference and District championships.