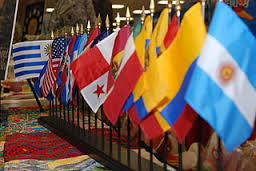 From Sept. 15-Oct. 15, Hispanic Heritage month is celebrated. The history and culture of Hispanic and Latino Americans from Spain, Mexico, the Caribbean, Central and South Americas are celebrated and recognized. According to the U.S. Census, over 17 percent of the U.S. population identifies as Hispanic.

This time of recognition, however, did not start off as an entire month. What started as Hispanic Heritage Week in 1968, under the presidency of Lyndon B. Johnson, expanded to a month in 1988, under the presidency of Ronald Reagan. The celebration was officially made into law on August 17 of the same year. This year will be the 29th year it is celebrated after this was made a law.

Numerous people are recognized and remembered during Hispanic Heritage Month. This can range from athletes, musicians, activists, scientists and writers. Some of whom have more recognizable names than others such as music artists Jennifer Lopez and Pitbull, comedians Gabriel Iglesias and George Lopez, actors Danny Trejo and Andy Garcia, and scientists Mario Molina and Severo Ochoa.

Hispanic Heritage Month is a time for Hispanics and Latinos in the United States to remember, unite and celebrate the achievements that other Hispanics have accomplished in the U.S., famous or not famous. It is also a great time for Hispanics to reflect upon their past and remember their roots.

The most interesting pets at Naples High