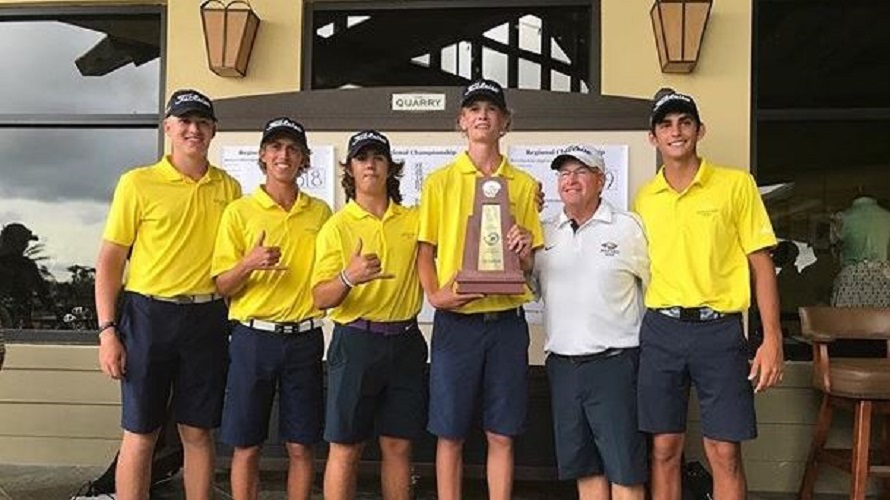 The Naples High Golf Team, led by coach Kip Wilson, made it all the way to states this year.

The Golden Eagles made it to the state championships and placed eighth all together as a whole. This was an improvement from last year, when they placed tenth overall. The team’s improvement sprung from hard work and good coaching.

To reach states, the team had to win districts, which took place on Oct. 16-18. After they won districts, they went to the regional championships and managed to pull through a win. Their regional games were held on October 23-25.

In addition to the team’s success, sophomore James Tureskis placed third in the state individually.

“Hopefully next year I’ll keep improving,” Tureskis said. “Maybe I can get first next year.”

The Naples High School Golf Team is in division 2A along with Barron Collier. As for next year, they’ll be ready to compete and hopefully make it to State Championships for a third straight year.

Girls JV Basketball: Challenges and Hopes for the Season