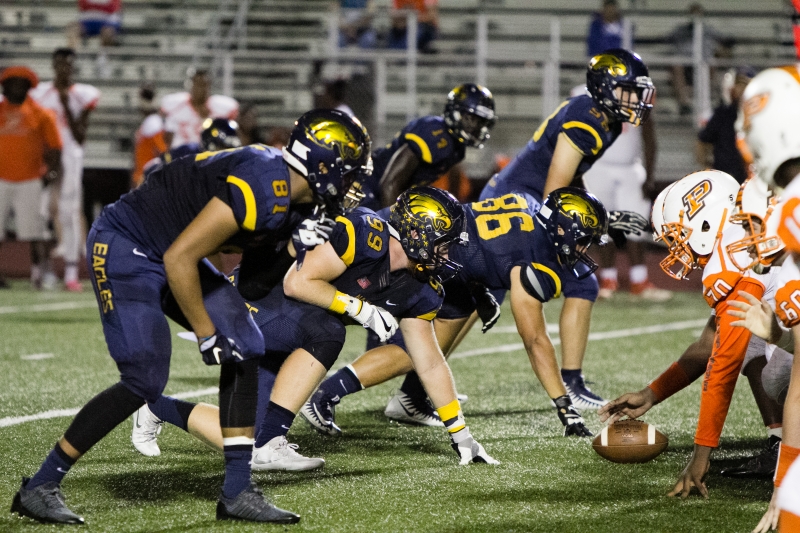 The Naples High Football team is heading to playoffs following a win over Piper High School by a score of 70 to 0 last week.

The team is working hard for their first playoff game tonight. Despite winning their last game by a significant margin, they still have some things to improve.

“You don’t get better just because you play and win by a lot,” Coach Bill Kramer said. “You have to get better by performing better.”

Naples had a lot of things going for them during their game last week. The team was able to rack up 353 total offensive yards, 255 of which were in the first half. With such a substantial lead many 2nd and 3rd string players were able to get field time.

“I thought our guys played hard and fast,” Coach Kramer said. “When the guys that maybe don’t play as much got a chance to go in, they played really well.”

As they head to playoffs, the Golden Eagles know every game is a must-win.

“Every week gets tougher and we have to make plays in small spaces and make plays we’re not supposed to make,” Kramer said.

The Golden Eagles will be taking on the Port Charlotte High School home Friday, Nov. 10 at 7:30pm.