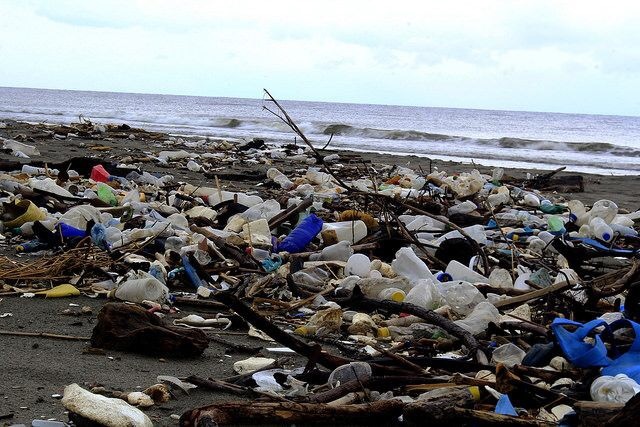 Everyday, students bring coffees to school preparing themselves to face the difficult day ahead. The most popular coffee shop choices, Starbucks and Dunkin’ Donuts, offer an incentive program if someone brings their own cup.

[Why would big companies like those want to encourage customers to save money and reduce waste? The answer stems from a trending topic of discussion linked to plastic waste and pollution.]

By using reusable cups and straws, students can cut down on their usage of single use plastics in the community. Although it is a small step, it is still progress to clean beaches and a better environment.

Two of the biggest offenders of single use plastics are plastic straws, bottles, and or cups.

Starbucks will discount 10 cents from the order if a reusable cup is provided. Starbucks will also discount 50 cents if it is in a Starbucks holiday reusable cup during the holiday season. If someone brings their own cup to Dunkin’ Donuts, they are offered 99 cent refills on their drinks.

Many students also opt to buy plastic water bottles through the vending machines, which after buying one everyday week after week can tally up a large sum of money as each water bottle costs $1.25.

Not only could students help save the environment by having their own reusable cup, they could also save money.

“If you’re spending a dollar to get a water bottle out of the machine everyday, by the end of the end of a week or two weeks, you can buy yourself a decent reusable water bottle,” Environmental Science teacher Amy Lawson said.

Not only are plastics harming local sea life and wildlife, they are also harming the average person.

Most plastic bottles are made from PET (Polyethylene Terephthalate), which over time dissolves into the contents of the bottle, whether it be soda, juice or water.

These particles end up in the drinker’s digestive system, and over time the particles become big enough to form a small piece of plastic. Those toxins could end up diminishing a person’s health over time.

There are also many alternative materials to use for things such as straws, cups and bags, such as paper.

The appeal of plastic bags is often that they can keep that half eaten sandwich from going bad or keeping those apple slices safe. Instead of using plastic ziplock bags, think about investing in some reusable produce bags, bee’s wrap, or tupperware.

A large portion of students take a large ziplock bag to school as their lunchbox instead of investing in a reusable one that could be of service for the entire school year.

More of the underclassmen use single use straws and bottles than the upperclassmen. As Naples High educates their students, they become more aware of the impact such small things can have on the environment around them.

As Lawson has seen students go through high school, she noticed a pattern of the older students investing in metal water bottles. She said that it is almost like a trend that they decide to follow the older they get.

“I think companies should make an effort to phase out plastic straws… they are a good place to start in reducing plastic use,” freshman Emry Brandt Zorbalas says.

While using reusable products, like straws, cups, and bags do not create significant lasting impact on the environment, they do begin a “foot in the door” mentality for many individuals. Someone is more likely to take this to a bigger scale if they start small by making day to day changes. When individuals begin changing their habits on a small scale, like in rejecting straws, it opens them to a new world of other sustainable practices.

“I feel like the current state of the environment is so bad that it is up to every individual student to do their part,” freshman Ryan Campins points out.

Top 8 ways for students to effectively manage their time