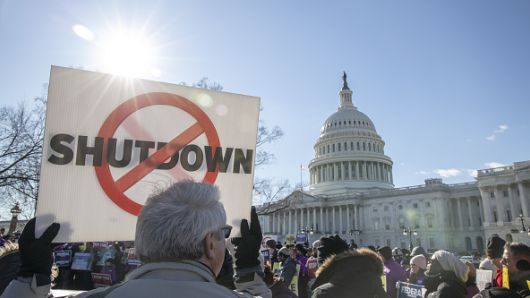 President Donald Trump had recently issued a government shutdown that began on Dec. 21, and lasted 35 days. Trump initiated the shutdown in an attempt to garner the amount $5.7 billion that he wants to build the wall.

It has been the longest shutdown in U.S. history, lasting a total of 35 days. The cause of the shutdown was President Trump’s demand of the money needed to build the wall but the democrats not agreeing to it.

It caused people to have their own thoughts about the shutdown.

Naples High School students were asked about how they felt about government shutdown and what knowledge they had about the issue.

“I am aware that the reason for the government shutdown is because of the $5.7 billion that President Trump wants to build the wall” sophomore Arianne Ramos said.

There are many ways to resolve the problem, whether it means for President Trump to get the money that he wants or for a new idea to arise.

“I believe that if having a wall built causes too much trouble than it should not continue,” sophomore Tania Maldonado said. “President Trump should try and accomplish any other plans he has.”

Along with the government shutdown many employees were still told to go back to work. However, around 800,000 workers were not even being paid.

“It is not fair because of President Trump’s decision to shutdown the government, he is still making them go back to work and not even paying them” Helen Chinchilla said.

What President Trump is doing can either be good or bad for our country. One can view it depending on what side they decide to be on.

“The president is doing what he believes is right, but at times he is not seeing what the real issue is” Tania Maldonado said.

John Maddens death and the impact it has left on football