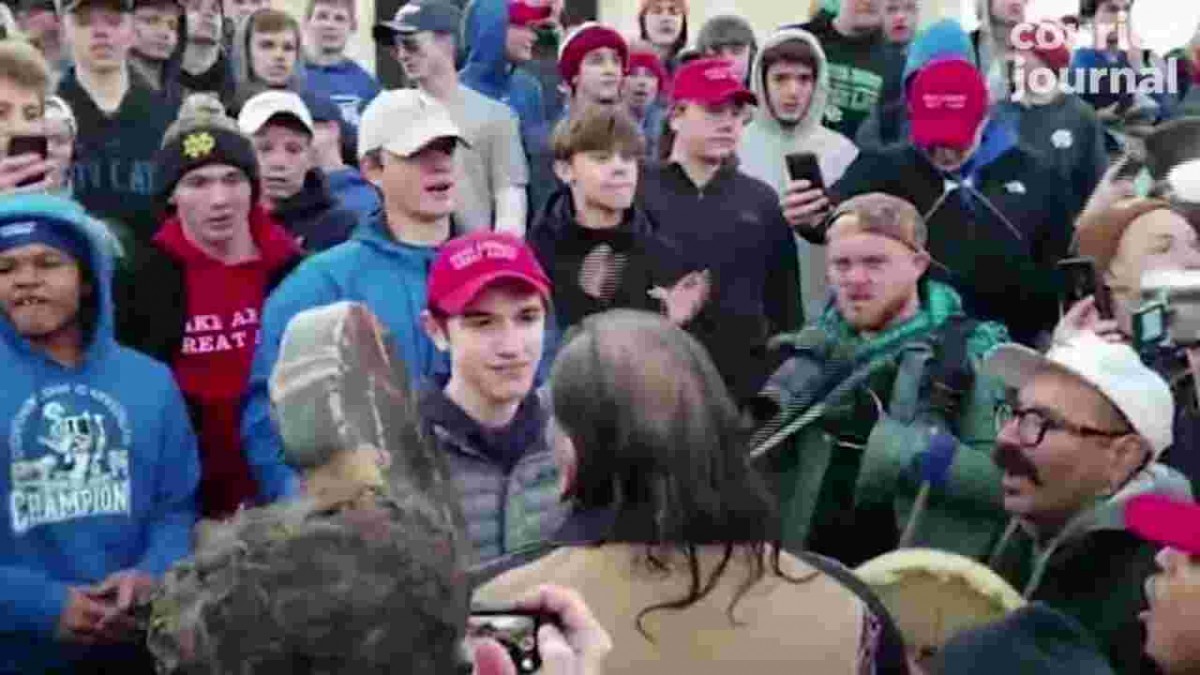 Covington Catholic student Nick Sandmann was involved in a standoff with Omaha Nation elder Nathan Phillips on Jan. 18. Accounts of the situation differ from both sides of the conflict, but what is shown in videos is that Phillips was practically surrounded by the Covington students.

No physical violence occurred, and although what was said has been debated, the students’ presence may have been intentional on their part.

Tactics of crowding around an individual have been used before.

During the civil rights movement of the 1950s and 60s, African Americans sitting in “whites only” areas were surrounded, in an attempt to scare the person off without the use of violence. This was done to avoid facing repercussions for their actions, as simply crowding around someone is technically not a crime.

In interviews, Phillips said that he felt “threatened” by the students, while Sandmann said that he was “not disrespectful” to Phillips.

However, Sandmann is very much in a position of privilege. He has never been seen as lesser for being white, and has never been placed at a systematic disadvantage for it. It’s also likely that he has never had to think about how his behavior may be harmful to others, however subtle it may be.

Furthermore, his refusal to apologize for his behavior further shows that he does not think Phillips is deserving of one, despite Phillips’ statements. Sandmann has shown that he does not view Phillips as an equal.

Opinion: The school week should be four days instead of five