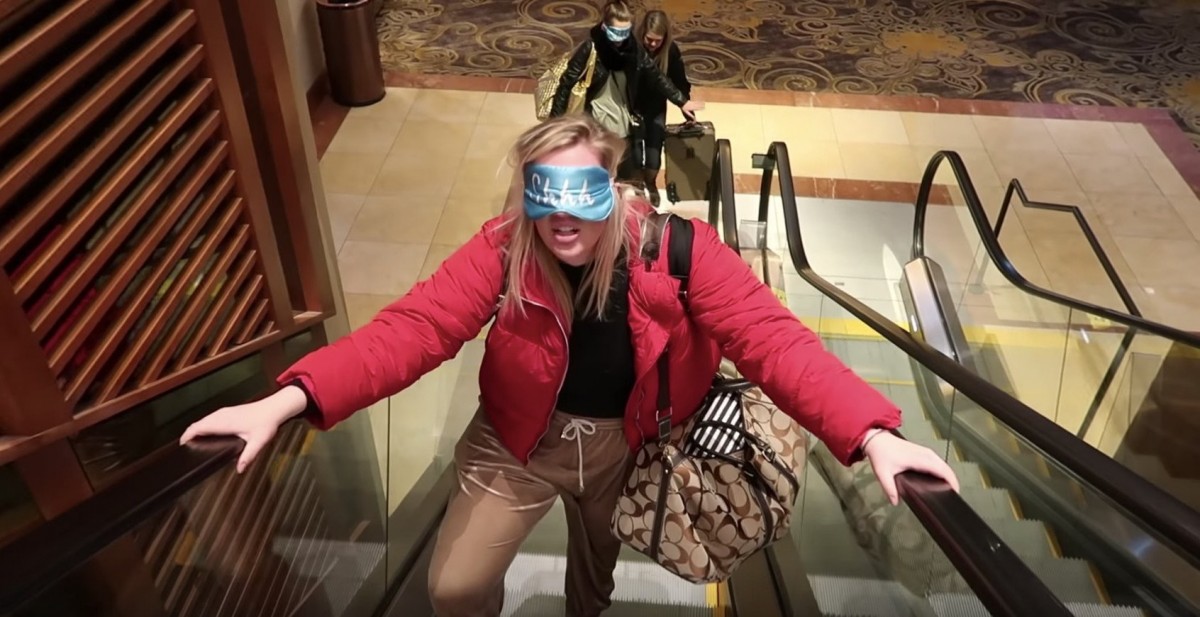 The movie’s plot centers on a post-apocalyptic world where everyone must wear a blindfold or risk being possessed and forced to kill themselves.

There’s always different challenges and memes on the internet, but people have taken it to the extreme and decided to make the #BirdBoxChallenge where they are actually blindfolding themselves and trying to do different things.

Videos are being posted all over the internet of people trying these different activities while blindfolded.

Netflix recently made a warning about the challenge due to the potential harmful effects.

Students from Naples High School have also decided to start taking on the challenge.

Junior Bella Musico decided to try the challenge and take on a specific task, making a bowl of cereal.

“It was going good until I ended up dropping the entire carton of milk,”
Musico said. “It’s much better to be able to do stuff not blindfolded.”

Not only are some of the students attempting the challenge themselves, but some are also taking it to the next level and having their pets attempt it.

“I didn’t do it myself, but I put a blindfold on my dog to have her do it and it was funny until she walked into a wall,” senior Cece Cady said.

Other students have decided that the challenge just isn’t a good idea, even if it doesn’t give  them the chance of going viral.

“I just think the challenge is very unsafe, like if I were to do it I would probably end up accidentally walking onto a highway,” junior John Davies said.

The whole challenge has very mixed reviews, but you can check out the #BirdBoxChallenge videos all over social media.