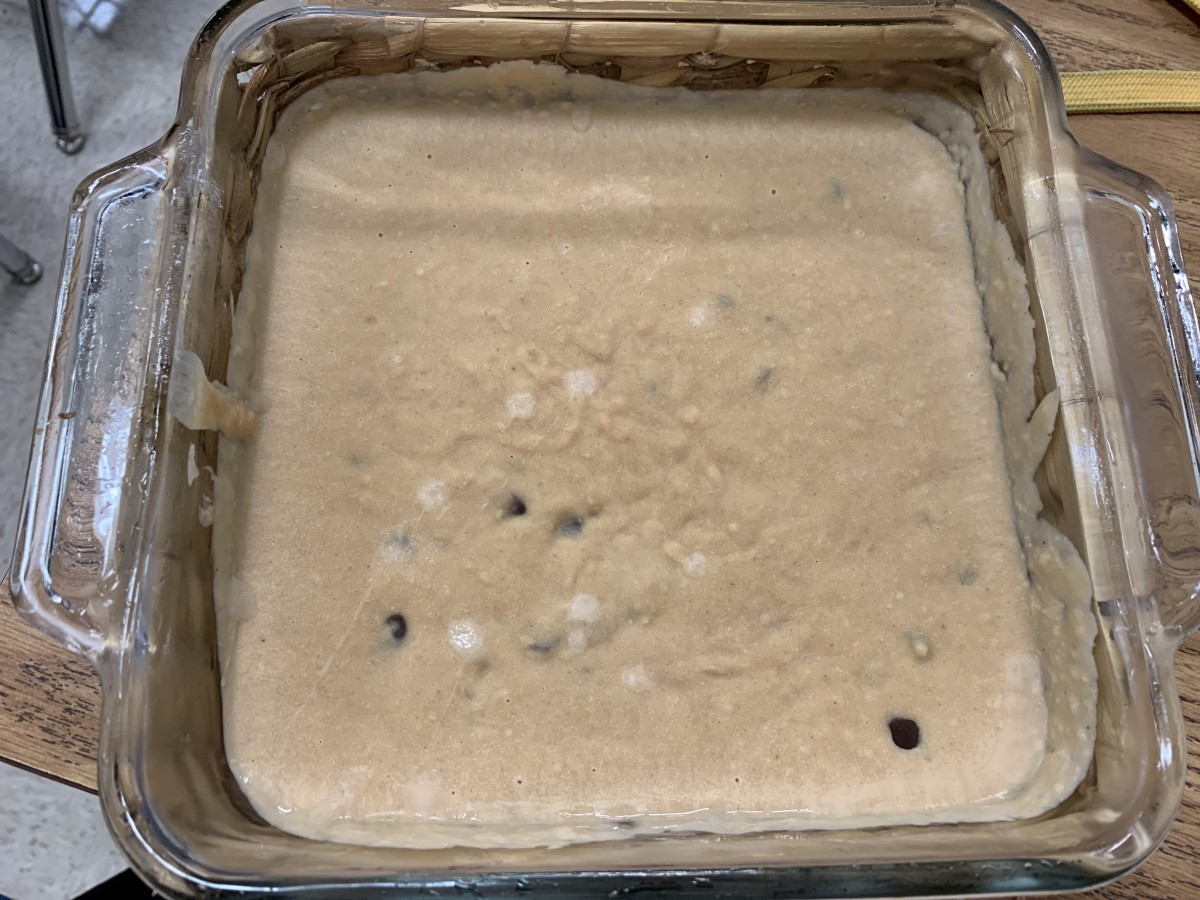 Chickpeas are not known to be used for much besides hummus, but this week’s recipe, Chocolate Chip Chickpea Cookie Dough, aimed to change that. The recipe is meant to be a healthy alternative to edible cookie dough by using chickpeas and peanut butter as the base with no added sugar.

The idea behind the recipe is a good, but the final result was less promising. The chickpeas when combined with peanut butter resulted in a softer and more liquid texture than traditional cookie dough.

“The texture is too wet to be cookie dough… it wasn’t solid enough,” freshman Ryan Campins said.

The texture was not defined. When the cookie dough was left out of the fridge for too long, it became goopy. The dessert did not maintain its texture or form.

The flavor was disappointing and a little revolting. The chickpea did not combine well with the peanut butter and left a salty, expired hummus taste. The recipe could have been improved with some sugar and less chickpeas.

“It was good, but it would probably be better if it was sweeter,” Geraghty said. “The chocolate chips, if there was more throughout, could help with the taste.”

The ingredients themselves did not seem well suited for the dessert in question. There are different ingredients that could have been used to create the healthy edible cookie dough in a more real and tasty way.

“It’s good if you’re a fan of peanut butter and chickpeas, but it’s not for me,” freshman Grace Austin said.

Although the dessert had a bad flavor and taste, the recipe could be adjusted to make it enjoyable, but as is, it is not acceptable.“Yeah, I wouldn’t eat this again, ever,” freshman Karla Ospina said.

Big expectations for the Big Game