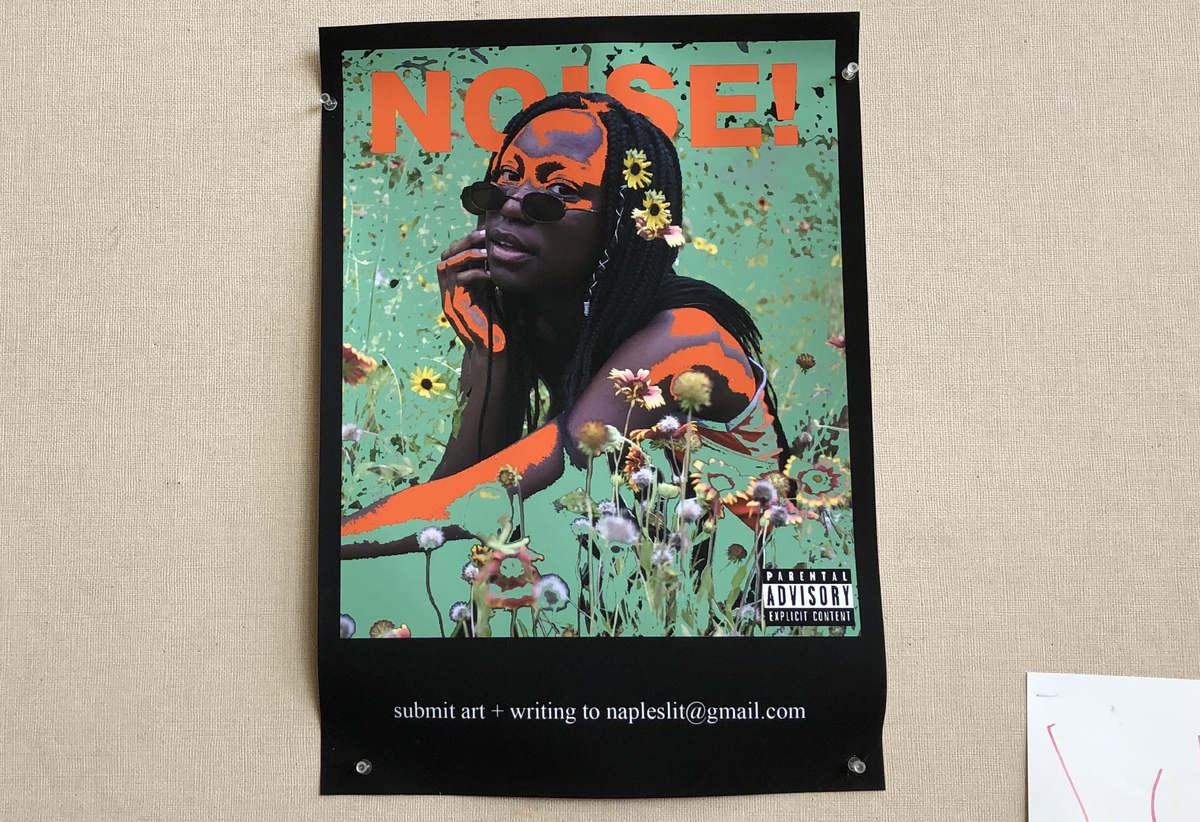 The club’s founders, Chase Melton, Kathrine Regala and Emma Sullivan, express their excitement for the upcoming distribution of Noise.

The edition is a follow up to the Literary Magazine Club’s first issue, Generation Z, which was released in May 2019.

The Literary Club was formed last year when Melton, Regala and Sullivan noticed an absence of creative writing and art outlets for students at NHS.

The group is passionate about self-expression through art and writing, and they believe students should have a safe place to channel their creativity.

“We decided to culminate student art and writing into one big magazine,” junior Chase Melton said. “This is an outlet for students to be able to pursue their passions for writing and art.”

The Naples Literary Club has cultivated a unique and inclusive community of young writers and artists.

Featured stories and digital art can be submitted anonymously or with a personal bio featured at the end of the magazine.

Members meet at lunch on designated Wednesdays to discuss the development of Noise and upcoming magazines while sharing snacks and laughing with one another.

“Noise is about giving the voices to the unsung youth,” senior Dayna Dorestin said. “Everyone gets something different out of a piece of artwork or literature.”

Dorestin can be seen around Naples High School pictured in a graphic poster to promote Noise.

Additionally, she submitted two of her own poems to the magazine and is featured in various pictures throughout the club’s newest publication. She expressed her appreciation for the club and the importance of allowing for a creative escape in high school.

“Not only will you be able to see the importance of the arts for young teenagers, but you will be impacted by it,” Dorestin said. “It’s strength, power, passion and a scream every now and then.”

Each magazine aims at a different theme, allowing students to have a loose structure to develop their work around what is open to interpretation.

“Our last edition was Generation Z, where we tried to talk about people’s ages,” junior Kat Regala said. “This year we made Noise…basically, it was just any thoughts and ideas inspired by the term noise.”

The founding trio had originally planned to collect their peers’ art and writing submissions over the course of the school year, as done with Generation Z, and release one magazine each school year. However, with an increase of club members and submissions in Noise, the group has decided to release a magazine each semester.

“We’ve figured out the art of compiling everything,” Melton said. “Now it’s this really big operation, and we have a lot of participants.”

The Naples Literary Club is currently in the process of putting their finishing editing touches on Noise.

The club keeps students and community members up-to-date on magazine releases and other club happenings through Instagram @napleslit, and Twitter @LitNaples.

They recently announced their theme for their third publication, Hometown and are awaiting the arrival of Noise.

What to do when you’re phone-less