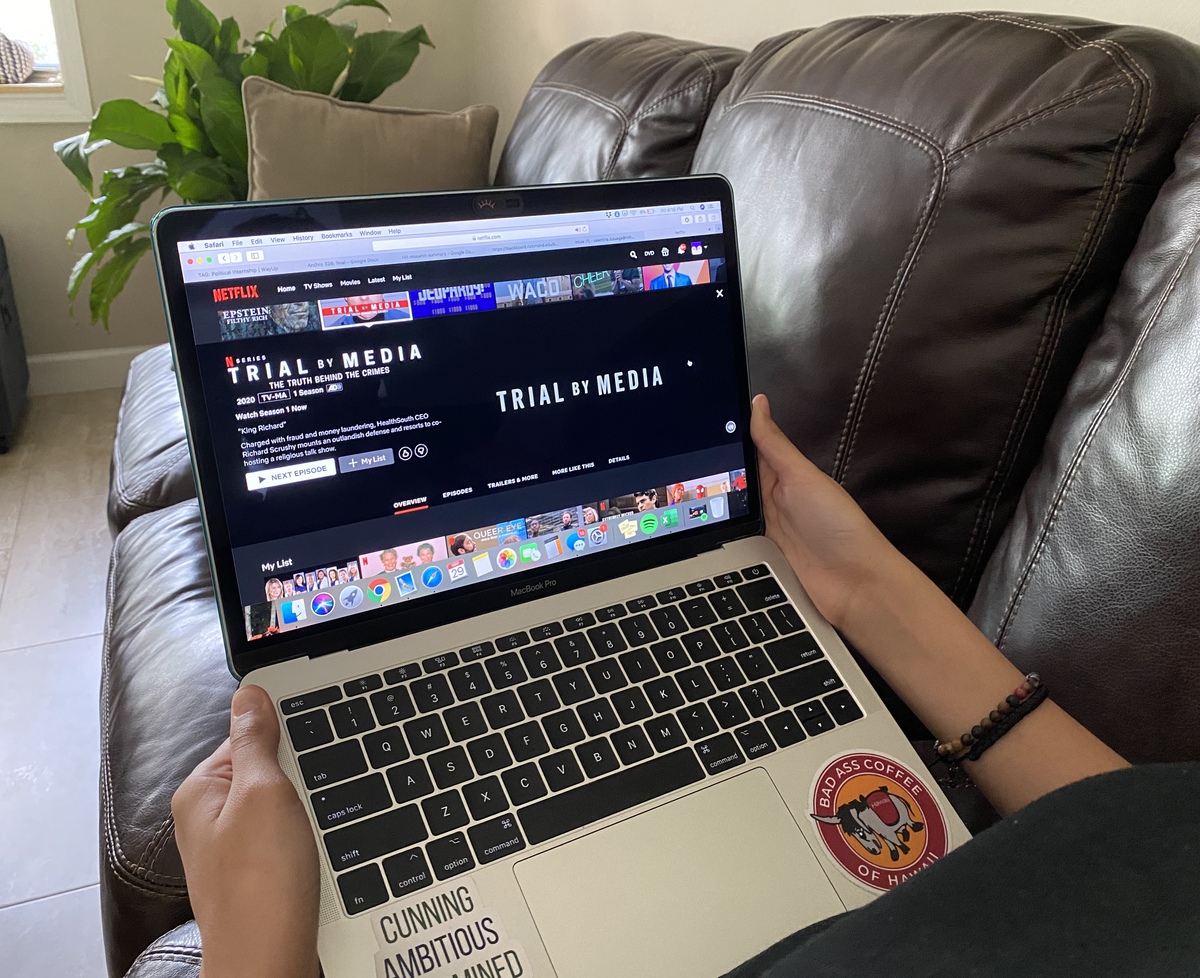 With so much uncertainty in the air, it is no doubt that people need a distraction from the scary things happening in the world. Watching shows on Netflix is the perfect way to relax and unwind.

Since quarantine first started in March, Netflix has been quick to allow access to old fan favorite shows and movies to boost spirits.

“Avatar: The Last Airbender” was reintroduced to Netflix on May 15, 2020, and the reaction from teens and young adults was enlivening. The show is about the journey of a 12-year-old boy and his friends to master all four elements and bring peace to the world. They travel around the globe, fighting evil and running into trouble.

“When I saw “Avatar” was coming to Netflix, I literally cried from joy,” senior Helen Chinchilla said. “It was my favorite show growing up, and watching it made me feel like everything was normal and okay.”

Even more popular than “Avatar” is “Grey’s Anatomy.” The thrilling show is about doctors and the difficult challenges they face, both in their personal lives and at work. The show reveals how these fictional doctors face the toughest situations such as natural disasters, deaths of loved ones, shootings, fires and much much more.

“Grey’s’ is my favorite show,” sophomore Emma Moody said. “The twists and turns the show takes might be confusing sometimes, but it’s always really entertaining, and I can never stop watching.”

An older show some students seem to be obsessed with is “Gilmore Girls.” The feel-good show first ran in 2006 and has been on Netflix since 2014, but with the recent turn of events in the world, fans are watching it more than ever.

The show follows Loralei and Rory Gilmore through six years of their lives and shows all the drama they encountered: boys, school, family issues, etc. The spinoff, “Gilmore Girls: Year In The Life,” follows them 10 years after the show last left off and the audience is shown what the town of Stars Hollow and its residents are up to after a decade has passed.

“Gilmore Girls’ is a show you can just watch without really paying attention,” sophomore Alanna Jaron said. “It’s super easy to follow, and I like to watch it in my free time.”

A newer show is on the rise, “History 101.” The show is ranked number seven in “trending on Netflix.” Anyone with a taste for history is watching this informational new program.

“History 101” is about explaining the history behind some of the most important topics in today’s age. While the first season is short, containing only 10 episodes, they cover many diverse topics, such as the space race, feminism, plastic, and robots.

“I think the show is pretty cool,” junior Ashton Mills said. “It’s really educational, and now I know more about the topics, and I can sound smarter in front of my friends.”

For those who love true-crime, “Trial By Media” is a perfect fit. The program goes into detail of how the media may have impacted the verdicts of some of the most dramatic court cases of the digital age. It grabs the viewer and makes them examine the effect of the media on those involved in the case and their families.

“I’m super into true-crime, and I find this really interesting because it explains how the court cases could have had a different outcome if the media wasn’t so involved,” sophomore Mercedes Vierra said.

Netflix is the perfect distraction to help the time go by and make this quarantine more bearable until the time comes for life to go back to normal.