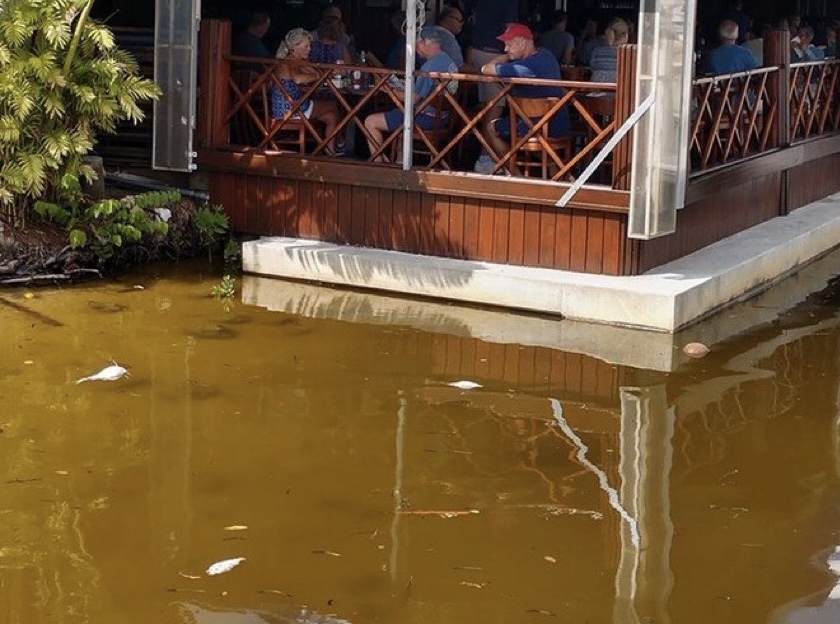 Red tide affects many communities near the ocean, and its impacts are felt throughout Florida annually. Residents of Collier County wonder if it will stop. Every year it comes stronger, killing more sea life and preventing Collier County citizens from enjoying the outdoors.

This year’s red tide prevents Collier County tourists and locals from seeing the ocean life they usually would. According to National Geographic, a vast majority of sea life has either moved to a safer place or died.

“Surprisingly, I haven’t seen any dolphins at the pier recently, probably because of the red tide,” freshman and frequent beach visitor Lindsey Beaber said. “I like to go to the beach a lot with my friends, so there’s no surprise in me saying that we’ve been to the beach and seen dead fish laying on the sand.”

Marine Laboratory & Aquarium (MOTE) released a statement that some of the most prevalent side effects from the red tide center around respiratory illnesses. This can be shown in breathing struggles and stuffy noses from the smell of dead sea animals, algae and other aquatic beings.

“Yes, we have been personally affected – dead fish in our canals and horrible odors that come along with respiratory issues,” freshman Brooke Safron said. “I am unable to do any outdoor water activities such as boating, jet skiing, paddle boarding and swimming.”

The Surfrider Foundation stated that red tide can be prevented in the future if humans decide to make better environmental choices. By cleaning the beaches, recycling and limiting our use of pesticides, red tide will eventually disappear.

“I hope we can all work together so I can go on my boat,” frequent boater Chris Glover said. “I haven’t made as much use of my boat house as I’d like too. The action’s just not there anymore.”