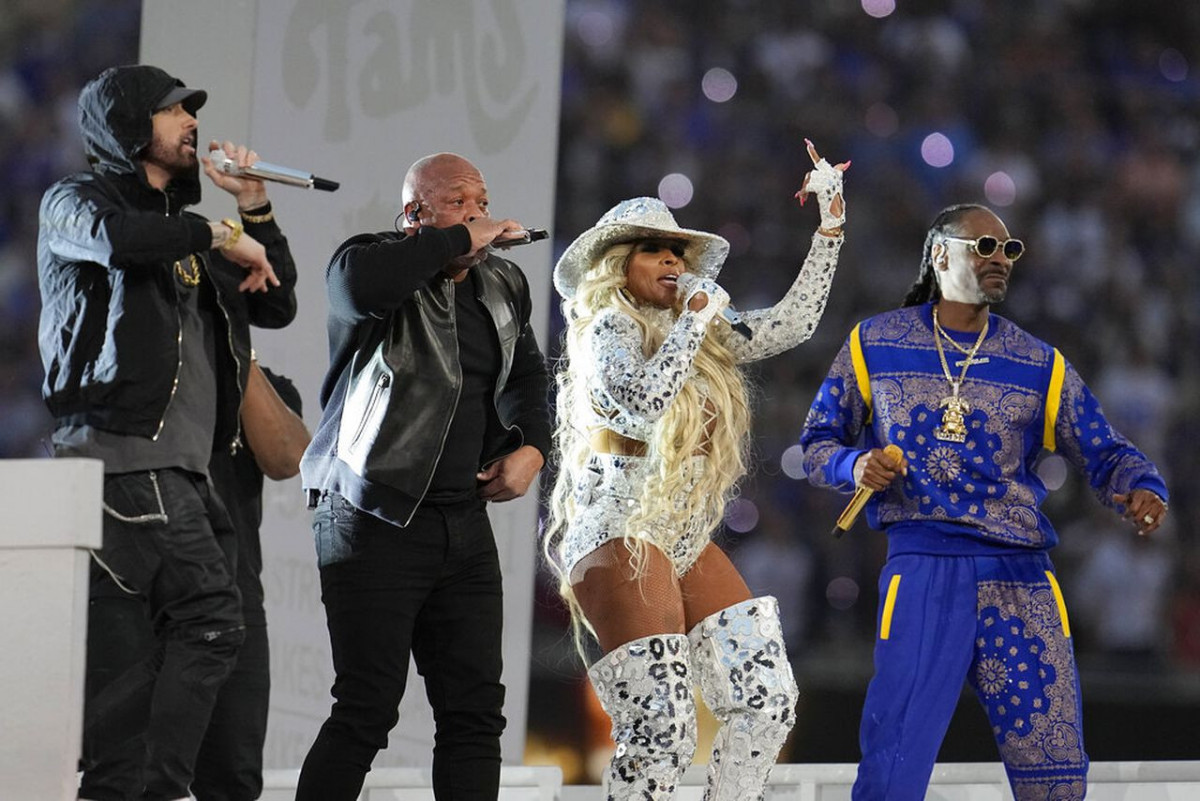 This year’s Super Bowl halftime show consisted of a number of very talented musicians and artists, but many people have been wondering who really stole this year’s show.

“My favorite was Eminem,” freshman Ava Bridenthal said. “But I thought all of the artists included in the halftime show this year were great picks and together gave an overall great performance.”

Each artist usually performs a couple of their top hits and most well-known songs. Many are also accompanied by professional background dancers who give the performance a more show-like feel to it. This year, each performance had its own interesting and special twist to them.

“I thought 50 Cent gave the most interesting performance,” college graduate Mackenzie Black said. “The props, dancers and transitions included in the performance to make the whole show come together were extremely creative during all of the artists’ time on stage, but I thought 50 Cent went the extra mile.”

With the array of artists, it also means that different artists might be more appealing to different age groups. Some younger fans might prefer artists like Kendrick Lamar and Eminem meanwhile, older fans might prefer older artists such as Snoop Dogg and Mary J. Blige. Whatever age group or music taste, it was more than likely that one of these artists accommodated that.

“The most popular amongst my age group, I believe would be Eminem,” elementary teacher Stephanie Kutz said. “He has several songs that span over years.”