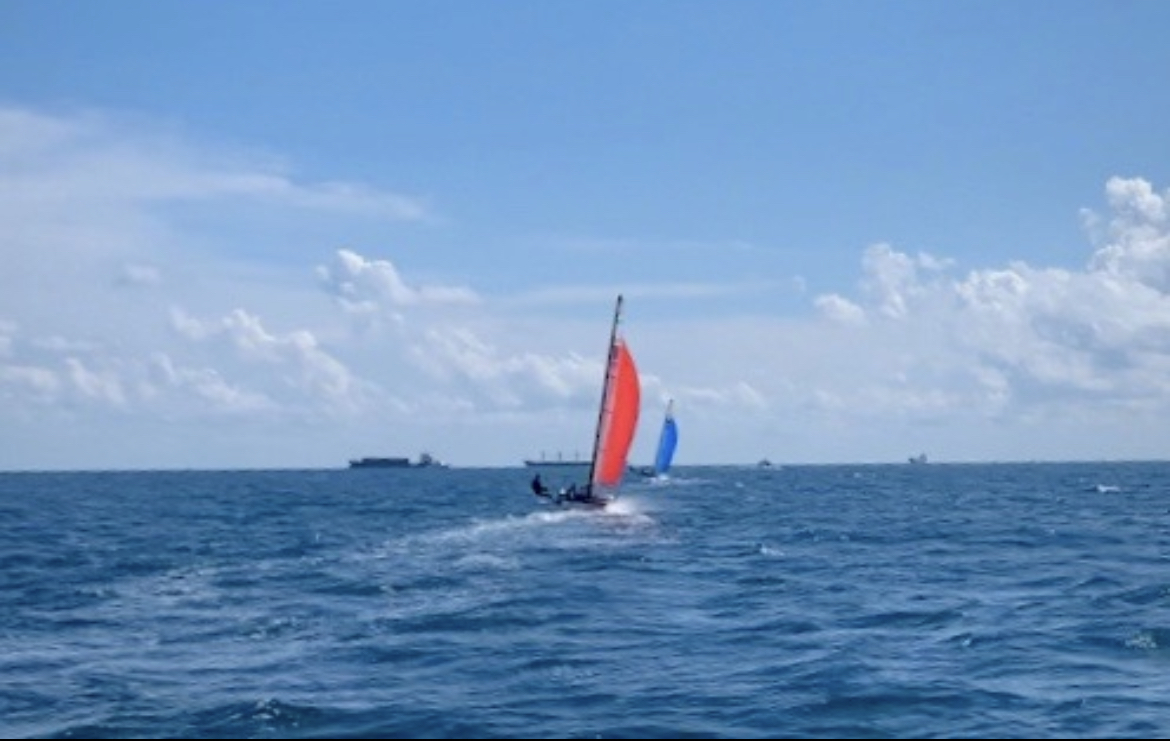 After a long school day of working hard to turn in assignments, write papers and take tests, it is finally time for students to go home and do what they please. For many, this personal time is spent on hobbies that are a bit more fulfilling than school assignments.

Freshman Charlotte Marshall spends her days racing through the sea, feeling the salty sea breeze against her face while the sun beats down onto her skin.  For the past five years, she has been committed to sailing competitively all over the nation. She first learned to sail during summer camp. Since then, Marshall has grown tremendously and practices every weekend.

“I enjoy this because I am able to compete in a sport that I love while also learning a lot and spending time on the water,” Marshall said.

There are other students who have found a hobby with a more common mode of transportation. Sophomore Emma Cantrell shares that in her spare time, she works on cars. About three days a week after school, she spends time fixing up her 1976 Type 2 Volkswagen Bus.

“In October, my neighbor, who has two Volkswagen buses, came over to let us know that this bus was up for sale for $100. We just had to find a way to pull it out,” Cantrell said. “So, it was no question whether we should buy it or not as it has been my dream car since I was a kid.”

Cantrell mentioned that she likes to work on cars because it gives her the opportunity to control how the vehicle will perform. It also gives her a chance to learn about different vehicles and how to solve any issues they might have.

“Growing up, my dad always worked on cars because he used to build them to race,” Cantrell said. “I basically grew up around this hobby, and I’ve just grown to love it.”

As a way to get blood pumping and adrenaline high, freshman Addyson Schafer goes to Brazilian Jiu Jitsu and Kickboxing classes twice a week. Compared to regular Jiu Jitsu, Brazilian Jiu Jitsu is a form of martial arts self defense that uses the body’s leverage to take someone to the ground.

“I enjoy these two sports very much and love the feeling of knowing that in a life or death situation, I know how to defend myself,” Schafer said.

Kickboxing is a combat sport that incorporates punches and kicks. Addyson has been doing Jiu Jitsu for about a year, and she just started kickboxing in Jan. of this year.

“I first got into these sports to better prepare me for my future career in law enforcement,” Schafer said. “Especially as a woman, it is important to know to use leverage in takedowns and self defense when needed.”

Junior Skhyler Garrison finds other ways to get moving and active. She started street skating two years ago and since has received a sponsorship.

“I ended up making really good friends with some of the people who work at the skate shop and skate park, and they had asked me to hang around more, which I did,” Garrison said. “Being around that kind of scene, I, of course, fell into skating.”

Garrison said that most of her time is dedicated to school, work and skating. She learned how to skateboard at a young age and developed a true love and passion for it over the years. Garrison is a 17-year-old who not only has school and work but partakes in other interests, like art. She still manages to make time to be in competitions, some even being outside of the country.

“I got to go to Puerto Rico to skate for them and that was super sick,” Garrison said. “I think after that trip I was really really motivated to skate and do more in that area.”

As far for the future, Garrison is leaving it open. There is a possibility she could take to professional skateboarding and continue to compete. However, she has not yet decided if this is the path she wants to take.

“I have so many other things I would like to do as a career,” Garrison said. “I’m looking forward to watching that happen.”

Volunteering Opportunities for Students in Naples

How social media is bringing the NHS girls basketball team together