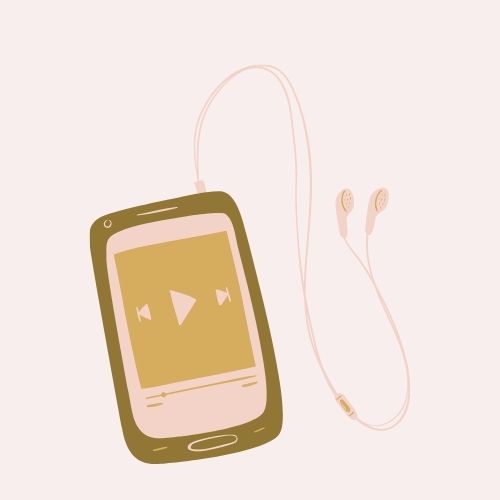 In a new era of technology, music has become more and more prevalent in the lives of teenagers. Streaming services such as Spotify, Apple Music and SoundCloud have made music more accessible than ever. With these platforms, there are countless songs and genres that have become an essential part in many students’ daily routines.

“I listen to music a lot. It’s a daily thing I do,” sophomore Hector Perez said. “I can’t go a day without it.”

For busy students, listening to music helps with productivity and staying on task, especially when doing extracurricular activities in addition to academics.

“I listen to music a lot because it’s a good way to focus on something and give some sort of motivation,” sophomore Colby Wells said.

Some particular genres of music help people concentrate and settle down, something that is crucial before important competitive activities.

“The music I listen to before sports events is usually rap and slow beats, because they help calm the nerves and focus me up,” Perez said.

Listening to music that aligns with one’s culture is popular among bilingual students, and many are able to connect with their ethnic background through these songs.

“My favorite genres are Spanish music, R&B and pop,” freshman Melany Regidor said. “R&B is better than pop though.”

Since different types of music evoke different emotions, various styles and instrumental beats are embraced by many. Listening to a variety of music allows listeners to have a diverse selection of songs.

“I listen to a wide variety of music genres, including the occasional country, Indie and R&B,” freshman Lake McCree said.

Even though high schoolers do not listen to just one type of music, students’ favorite artist usually comes from their favorite genre. In these genres, they encounter artists who they really like and start listening to their top songs. For instance, fans of rap enjoy listening to Tupac and Dr. Dre, both very successful 90’s rappers known for “California Love” and “Still Dre.”

“I would say either Tupac or Dr. Dre are my favorite artists, and if someone went against it, I would go through some of their best songs to show them what they are missing,” Wells said.

Although these older artists are still very popular today, others enjoy more modern rap. They have their preference set on a newer, ‘underground’, rapper.

“My favorite artist would have to be Midwxst, for his up and coming music in the rapping industry,” McCree said. “If I was asked why, I would say that I very much enjoy his lyrics and such.”

A common theme among the students is the prevalence of rap music. Not Regidor, however, as she opts for a Spanish artist as her favorite.

“Maluma has good music and is really good. He has a cool voice,” Regidor said.

Within the Spanish genre, there are different types of music that are known for unique musical rhythms. Maluma sings more love-pop songs, but a lot of Spanish music is up-beat – great for festivities.

Wells suggests another 90’s rapper to listen to, Snoop Dogg. He collaborated with both Dr. Dre and Tupac.

“I would recommend Snoop Dogg because he’s probably the most known old school rapper and has a bunch of good songs,” Wells said.

Listening to a diverse mix of music is popular among many music fans, allowing them to enjoy the many different styles that these genres have to offer.

“I like to listen to music from multiple people in order to expand my music taste,” McCree said.

Taking song suggestions from people around him expanded McCree’s taste in music, showing the importance of sharing music with others. For Wells, people close to him share similar preferences in terms of song choices.

“Almost all my friends and my parents share a similar music taste with me,” Wells said.

NHS students have a large variety of genres, artists and music they listen to. For Regidor, a lot of her friends poke fun at her diverse music taste, leading her to express her thoughts on it.

“Stop bullying me for listening to things that you don’t like, because it’s what I like, and I never asked for your opinion,” Regidor said.