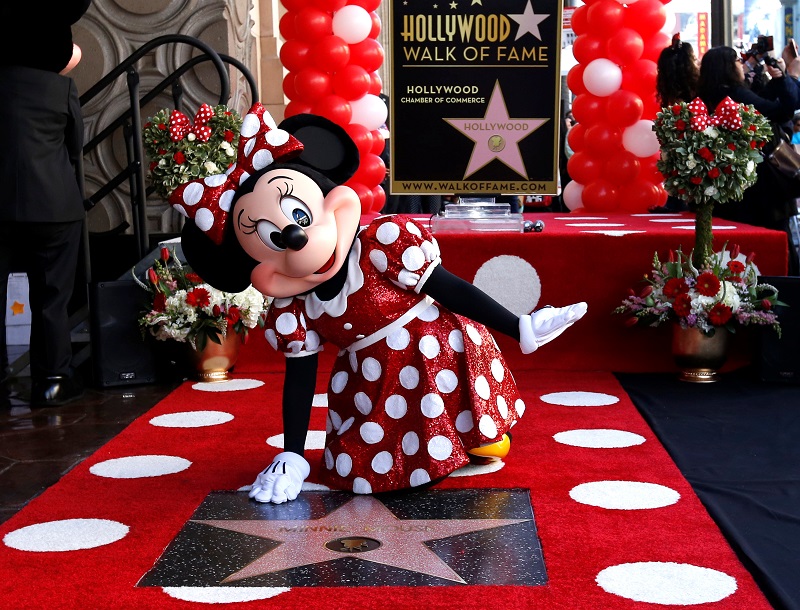 Forty years after Mickey Mouse got his star, his wife Minnie Mouse has finally joined him. Minnie, along with many other Disney characters, will be receiving Hollywood stars in the near future.

This star was presented to Minnie Mouse by Mickey Mouse, Katy Perry and Bob Iger the CEO of Disney. She received this honor on Jan. 22 in L.A.

Minnie Mouse wasn’t the only person chosen to receive this pleasure. Mark Hamill, the actor who plays Luke Skywalker in Star Wars and Zoe Saldana, who plays Gamora in both of the Guardians of the Galaxy movies are also going to get this award. They along with the other characters selected will have a span of two years to set up a date to receive their award.

Minnie Mouse, who is known for her polka dot style, bows and lovable personality, is a Disney character created by Walt Disney and Ub Iwerks. She’s in a variety of short films, movies, tv shows and even games. Minnie was created in 1928 and has been around ever since.

“I think she stands for female empowerment,” stated Cassidy Crawford, a freshman at Naples High School. “Minnie Mouse teaches kids to have fun, be feminine and just accessorize.”

Minnie Mouse has made an influence on kids everywhere. Her happy personality is the main part of her character.