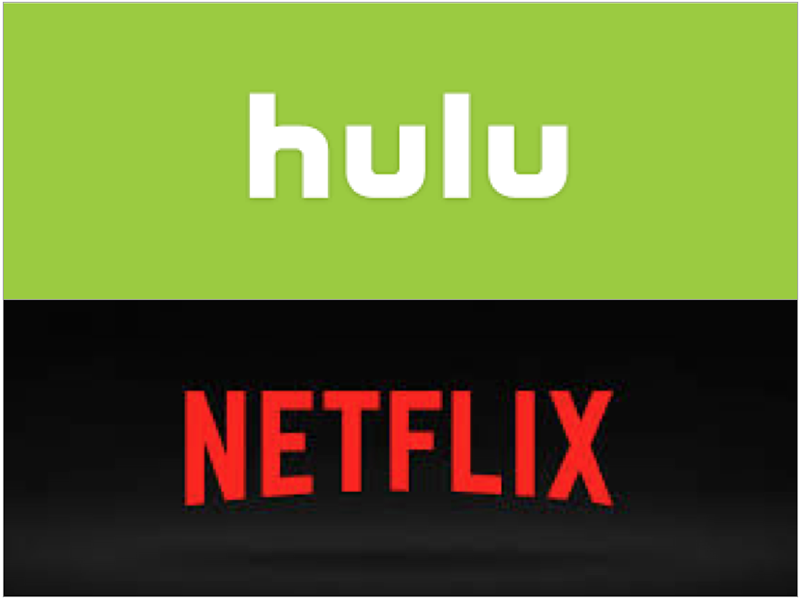 Hulu and Netflix have both been bringing movies and tv shows into family homes, mobile phones and even laptops, but which is better?

Netflix has earned popularity not only through its hit original series like Stranger Things, but also through its positive feedback from viewers.

The company is also known for throwbacks like Full House, Friends and That 70’s Show.

Contrarily, Hulu has some shows that have recently been deleted like Bob’s Burgers and Family Guy.

“I have both but I prefer Hulu,” freshman Ayden Oliva admitted. “They have shows like South Park and 30 Rock that Netflix doesn’t have.“

Hulu includes more networks than Netflix like FX, ABC and the CW, and has a greater variety of anime series. Hulu TV Live has also partnered with the NFL and has made Thursday’s for the boys by introducing football night to subscribers.

Netflix has international viewing and significantly more movies and TV shows but Hulu has more newly aired shows and episodes.

“I have Netflix because it has a better variety of shows including all the seasons of any particular show and Hulu doesn’t,” freshman Alisha Williams explained. “You also have to pay more for commercial free viewing on Hulu.”

Netflix and Hulu have more than just the basic streaming plans. For $7.99 Netflix allows basic streaming and downloads. The $9.99 plan includes two screen with HD quality videos and offline downloads. Both plans are monthly and commercial free.

The basic Hulu plan starts at $7.99 with limited commercials and $11.99 without. Although the plan says commercial free, the fine print states that some videos will include commercials before and after. Hulu also has a $39.99 plan with TV Live which includes over fifty live and on-demand shows.

Viewers from both parties can see the ups and downs from both companies but there is a clear winner.

Netflix includes better streaming quality and you don’t have to pay extra for commercials. Viewers are also able to view throwbacks like Mulan, The Magic School Bus and The Bee Movie.

Although these two companies have their differences between shows and variety. Viewers from both sides share one common reason for watching: Binge watching