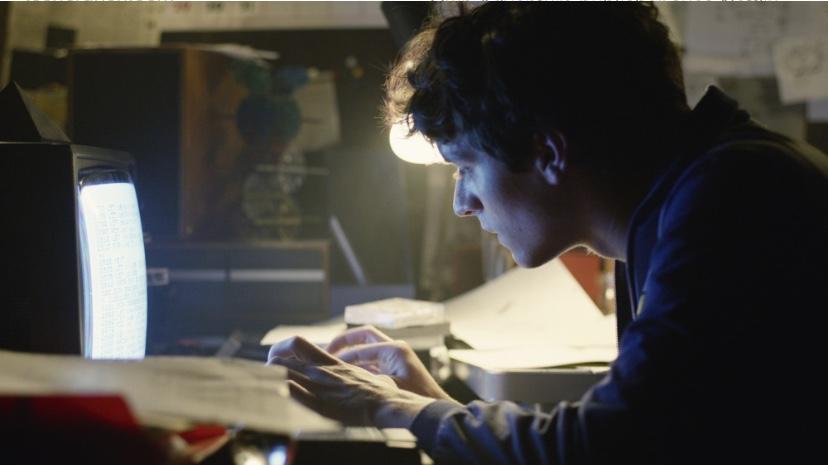 The movie drew much attention due to an innovative style where the viewer chooses their own adventure deciding what the main character, Stefan Butler, does.

The movie takes place in the 1980s and revolves around the young programmer Stefan Butler, who attempts to become the next big video game designer. Butler creates a choose-your-own-adventure game based on the fictional book, Bandersnatch.

The movie follows Butler in his journey to complete the game, which slowly leads to him slipping into insanity if the viewer makes the right choices. Some of the choices range from what cereal Butler eats to if he decides to kill his father.

Black Mirror is similar to the show The Twilight Zone, with every episode introducing conspiracies and alternate realities. Bandersnatch has taken the internet by storm for its unique style.

“It was mysterious, you didn’t know what was coming next,” freshman Ariel Asaro said.

The movie has five main endings with many easter eggs referring to previous episodes with different twists, turns and slight variations of the same ending. The underlying theme being loss of control and that no one truly has free will.

“It was really good and thought provoking,” Wilkin said.

The average run time for the movie with one run through and one ending is one hour and 30 minutes. However, there are five hours of movie to play through to complete all the endings.

Everyone has different opinions on the movie, but in the end many people are satisfied with the different branches.

“The viewer has the illusion of choice, like in the therapist’s office you can only choose yes to fight. Or like if you choose to take the job in the beginning, you get taken back because it was the wrong choice,” Wilken said.

The most common ending allows Butler to be given the choice of killing his father, after which he must decide to either bury or chop up the body.

By deciding to bury the body, a visitor arrives at Stephan’s door, and what he does is up to the viewer. If the viewer chooses to chop up the body, he faces a similar fate.

However, in the future, Colin’s daughter remakes the game as the movie Bandersnatch but soon stops as she realizes that she is losing her free will too.

“I thought it was terrifying,” Campins said.

The viewer can choose to have him see his therapist which will lead to two choices: fight the therapist and father, or Butler can try to jump out of the window of the therapist’s office when she initiates a fight, which results in yet another meta ending.

“The viewer has the illusion of choice, like in the therapist’s office you can only choose yes to fight,” said Wilken.

The viewer will have the choice to tell Butler that he is being controlled by them on the entertainment platform Netflix.

This choice of breaking the fourth wall with Butler is seemingly unique and unheard of in modern movies.

While there are many different endings impacted by viewer choices, the character Colin Ritman introduces Butler to the idea that there are multiple realities and that their choices are the result of someone else. Ritman also insists that flashbacks are opportunities to go back in time and change their choices.

While being under the influence of LSD, Ritman offers the option for either him or Stefan to jump off of the balcony, fueling his theory that there are multiple timelines and death in each one. Therefore, this means that they will continue to live on. This is the major driving force that makes Butler go crazy with the idea that he is not the one making his own choices, making him self aware.

“I think there was a lot of meaning behind it that most people just didn’t get,” freshman Liberty Wilkin said.

There are more complex endings that occur in the movie as well. For example, by going into the locked room of the Butler house and typing code PAC in the safe, Butler discovers that he is actually in a Program and Control Study (PAC).

By typing the code TOY into the same safe, it opens to reveal Stefan’s beloved childhood rabbit toy. This brings Butler back in time to a flashback as his five-year-old self grabs the toy and receives acceptance from his father.

The next morning he easily finds the toy in time to go with his mother to the train station, where they take a later train than intended and die together as it derails. Also, back in adult Stephan’s timeline, he dies peacefully in his therapist’s office, as the result of his decision to join his mother on her trip.

TOY is considered the only happy ending as Butler decided that he would rather have died with his mother than live without her.

The movie is unique in format and play through and there is definitely not another like it. While its release did surprise some, for many it was highly anticipated. This new addition to Black Mirror is sure to excite the viewer with so many options. This could easily become a classic Netflix binge worthy movie.