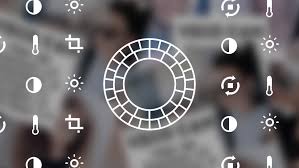 VSCO is an app on the AppStore that several students use everyday. There are many apps available to use to edit photos, but VSCO is known as one of the most prominent and famous.

“VSCO is an app you use to edit and mess around with pictures you take it also has a social media base to it that makes it cool,” Diliana Gresbrink said.

The app has many features that are offered such as posting journals, editing pictures, and posting any photo you take in general to the VSCO community.

“My favorite feature is the filters and the tools provided to work with exposure and other options,” Tessa Kent stated.

VSCO is highly recommended and has many things that are different from other editing apps. It is not only an editor but also a social media based app.

“I do recommend it because you can create contact specific to you and share it with a wide variety of people that accept your  ideas rather than “like” them such as Instagram,” Alyson Griffin said.

It’s a free and open-minded community which allows people with an interest in photo design to come together and share their posts.

“Yes, I do recommend because it promotes and boosts self-esteem because girls aren’t judging on the likes they get,” Kent responded.

What makes VSCO special is how different it is compared to many other applications available and is a safe community for all.