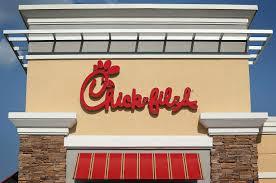 Chick-Fil-a added the new Frosted Key Lime Pie milkshake to their menu on March 18. The drink is a combination of vanilla ice cream, lemonade, and a lime flavoring made from key limes and Persian limes.

“I tried it yesterday and it was pretty fire,” senior Devyn Fishman said. “I was kinda skeptical of it at first, but I would actually order it again.”

Though the milkshake seems to be at a higher price, students and other members of the community enjoy this shake nevertheless.

“It was really good and worth the five dollars,” junior Michael Dorobanti said.

Even students who have yet to try this new and popular shake are willing to give it a shot.

“I haven’t tried it yet, but I’m planning on walking to the mall this Friday and buying it,” junior Lorenzo Ferro said.

Some students aren’t as excited about trying the shake, but they still have hope for the Key Lime flavored drink.

“I haven’t tried this shake yet because I’ve never really tried Key Lime before,” junior Ben Korn said. “I might try it though because all of my friends said that this milkshake is good.”

According to Chick-Fil-A, the milkshake will only be on their menu as a seasonal offering from March 18 to March 25. Students at Naples High School seem to enjoy this drink, and those who haven’t tried it should go to Chick-Fil-A before the offering ends.

What music have NHS students been listening to?