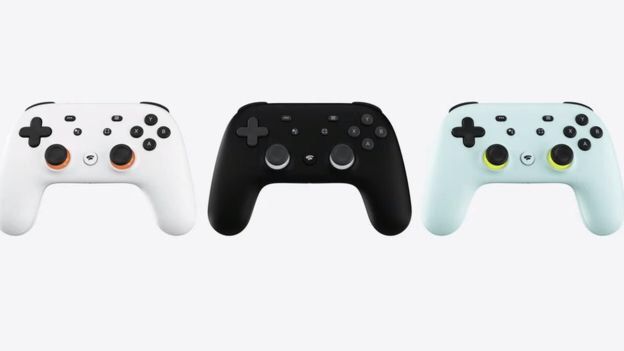 Google recently announced at a gaming conference that they will be releasing a new gaming platform that will change the world of gaming.

Stadia is a cloud gaming software that is capable of streaming games in 4K resolution, 60 frames per second. With a large company such as Google backing this product, there are numerous data centers that will allow for improved speeds.

Stadia has been using their unique state share feature as a major selling point. This new feature will allow the viewer of a Stadia stream to launch a game on the same save state as the streamer. Along with that, the only additional component is the controller connected through WiFi.

“Personally, I am a PS4 guy but I will still be looking for the release,” senior Noe Vera said, “I always look forward to new gaming technology.”

But, once the true potential of this technology is accessible to the public, the gaming universe will be changed forever.

“I am so excited for this, and I can’t wait to see the final product,” senior Benji Howard said. “I started off playing games on the gamecube and now to see where technology has taken us is amazing.”

Stadia is revolutionary and if all promises are met, gaming will truly be changed. Google is pushing the limits of gaming technology, and gamers of all kinds are getting ready for the huge release.