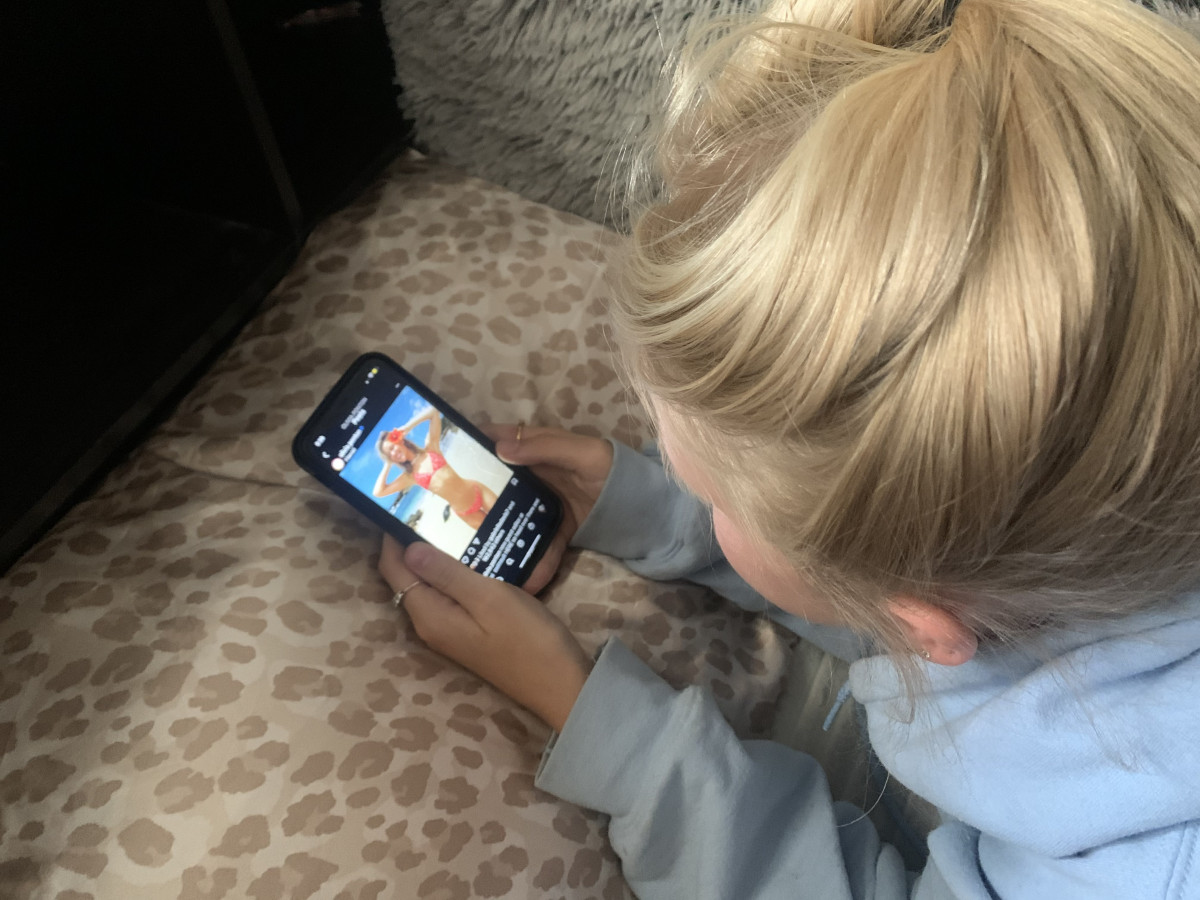 Social media plays a huge role in most teenagers’ lives. Not all content on social media is real though, and it can be very toxic. This can affect a teen’s mental health by putting a fake mentality into their mind regarding body image, fake news and even cyberbullying.

Some may doubt that social media plays a part in mental health, but these platforms change a student’s mindset through an unrealistic version of life and absurd expectations. This type of content makes users believe that this is the ideal way of living.

“I think there were definitely some toxic things about social media, but at the end of the day, it didn’t really affect me,” freshman Sophia Damico said. “I’m not sure how it was for other people, but I knew my boundaries and the turning point for when social media really started to affect me.”

As social media affects students’ mentality, it is a good option they restrict themselves from it and turn away from the negativity. Not only is it toxic, but it also targets teens and younger audiences by putting out biased or misleading information.

“There is for sure some bias with social media and possibly some fake news,” Damico said. “I personally don’t follow the news, but if someone did use social media solely for following news then they would definitely have somethings twisted.”

As fake news is spread all around social media, students should avoid it and find a reliable source of information instead. Along with false information, bad trends are also widely spread.

“Social media has a massive effect on teens and bad trends,” freshman Lindsey Beaber said. “TikTok, for example, is filled with videos of vaping, smoking and drinking. Teens think it’s cool to do those things, while in reality, they’re just damaging their bodies and will most definitely have damaging health conditions in the future.”

Social media becomes a bad influence on teens as they see videos and pictures making these substances look convincingly fun. Cyberbullying may occur as well, as students might be bullied or pressured into doing these trends.

“People can be bullied over social media in almost every way you can think of,” Beaber said. “If someone gets angry or mean enough, they can find a way to make you feel bad about yourself.”

Teens being bullied on social media can certainly have an effect on their mental health by producing insecurities and forms of depression.

“Social media can make a student depressed if they don’t know when to stop and turn off their phone. They can easily get the wrong idea from something that they may see,” Damico said. “I think if students are more aware of the things on social media then they would know how to handle those feelings better.”

Making students more informed of what social media can do to their mental health can help them realize how much they are in control of preventing these kinds of things.

“I think stuff spread on social media can have a serious effect on a student’s mental health. Recently, social media has been a very toxic place with politics and everyone’s different opinions,” Beaber said. “Depending on what one person says to another, I think words can seriously hurt teens.”

“Social media only shows the perfect side of somebody’s life and hides any flaws or insecurities a person has,” freshman Matt Glover said. “This can make a viewer’s mental health plummet.”

This can have a number of effects on students’ mental health and can make them think that they are supposed to live up to those same expectations of life. These insecurities are also related to body image.

“Social media has made the ‘ideal body type’ unrealistic to the majority of people; even the models on Instagram are edited and altered to fit the beauty standard social media has created,” Glover said.

Staying away from social media can potentially benefit teens with their mental health and prevent unnecessary self-doubt from consuming their lives.

“A good way to avoid toxicity on social media is to interact and engage with things that make you happy and content,” Glover said.

Should the intersection at the entrance of student parking be a...