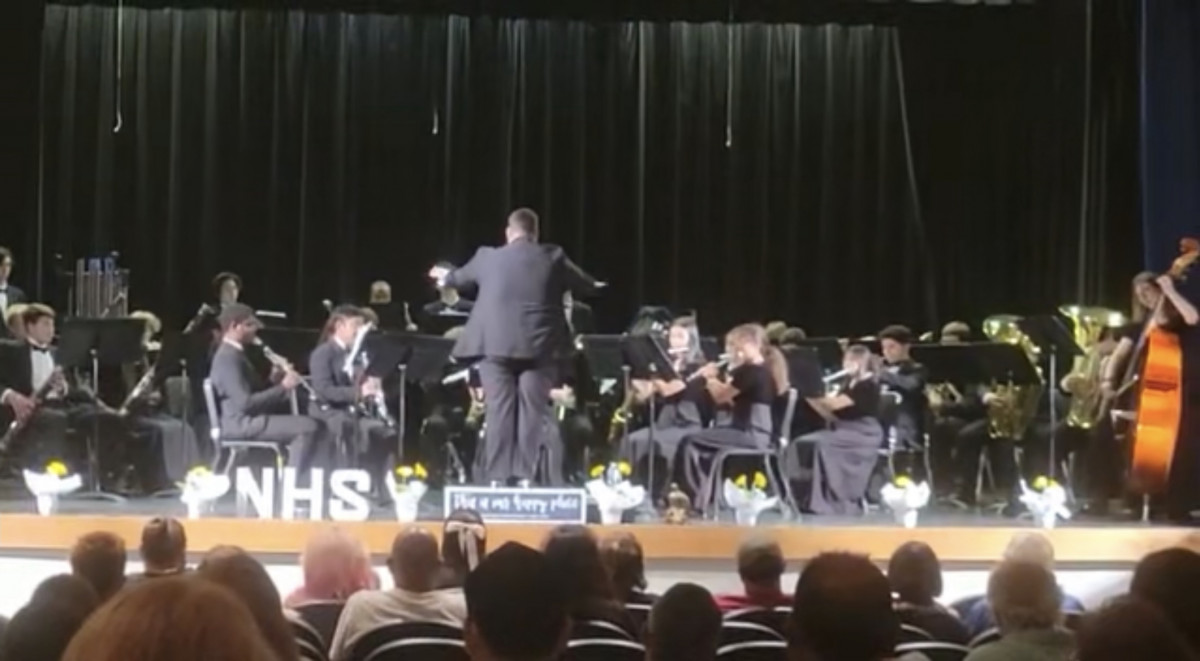 The Golden Eagle band prepared to perform at the Eighth Annual Band-A-Rama Concert on May 6. After various days spent practicing technique and dynamic contrast, the band was able to put on a wonderful evening performance. An arrangement of music pieces were selected by Band Director Brian Grieb to be played at the concert.

“We are playing Africa by Toto [and] Harry Potter by John Williams. It’s a whole eclectic, different bunch of music,” Grieb said.

Freshman Jonathan Higdon explained that the band practiced two times out of school in order to be fully ready for the day of Band-A-Rama. Despite the dedication that band members had to exhibit, the practice for competitions and concerts were not as demanding as one may think. Both the band members and Band Director understood the importance of balancing all activities.

“Mr. Grieb said that we have lives outside of band and that we shouldn’t be spending all of our free time practicing,” Higdon said.

Junior Morgan Tocco attributed the success of the Band-A-Rama Concert to the in-school practices the band was involved in the days leading up to the performance. During the period, the percussion members would take time to go over music and improve upon their playing.

“For half of the class period, we practiced our percussion ensemble song,” Tocco said. “Then, we practiced their [the band’s] music for the rest of the period.”

One of the most rewarding aspects of participating in a concert is being able to see firsthand how the playing has affected the viewers. Band members excitedly anticipate performance day and wait to see their hard work put on display for friends and family. The Eighth Annual Band-A-Rama Concert was not an exception to this motivating experience.

“I look forward to the reaction on the audience’s face because it’s satisfying to have something you worked on for so long be appreciated,” Higdon said.

Do AirPods live up to the hype?

Big expectations for the Big Game