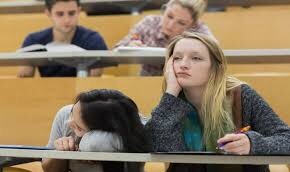 Shazam! is a fantasy/sci-fi movie released by DC Comics and based on the comic of the same name. It has made over $102 million in the box office since its release on April 5, and currently has a rating of 91% on Rotten Tomatoes.

The story follows 14-year old Billy Batson as he gains the power to transform into an adult superhero known as Shazam, only having to say his name to change back and forth. He then has fun with his foster brother, Freddy Freeman, while also exploring his newfound powers.

The movie had both an enjoyable story and relatable characters. Every character had their own unique personality and behavior that made them easy to recognize from one another, even when some of them were in their superhero forms.

The story’s two plotlines— Billy searching for his mother and his plight as a superhero— are also able to coincide without too much conflict. When the plotlines cross for a moment, it allows Billy to come to terms with his mother’s estrangement.

Doctor Sivana, the main antagonist of the story, felt well written compared to antagonists in other stories. While other villains usually pursue their goals for unknown reasons, Sivana aspires to prove to the world that he is not what people told him in his youth.