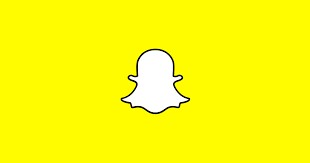 Snapchat released a new gaming platform for users to play on April 4. The new game features a party setting which puts your player in a pool of players and puts on numerous randomized games.

In the Snapchat Games, players try to survive until there is only player left, or until the game is over to win coins. Collecting coins allows players to go into the game shop and purchase clothing or items for your Bitmoji player.

“Snapchat is a good way to talk to my friends,” senior Benji Howard said. “Now it’s even better as when you are bored and in school you can play games with your friends.”

Another game available for users to play with their friends is similar to, slither.io, a very popular game. Snapchat’s version of slither has the same game mechanics, but allows you to play with friends and team up.

“I just like the snake game they put on it,” senior Audrey Balaskovitz said. “I love that my bitmoji is a video game character, and that I can play with my friends.”

The games add entertainment and fun, which will allow users to connect with more friends. The addition of the games will also most likely benefit the Snapchat company by increasing user time and daily visits.

“The Snapchat games look like we are playing on the wii again,” junior Sailor Robinson said. “I think it’s a great addition to snapchat.

The new Snapchat games are holding the interest of users for now, but if Snapchat wants continued use they should think of adding more games.